Pakistan the ‘most affordable’ country to live in the world: Report

Whereas, Afghanistan and Syria were placed above Pakistan on the index. 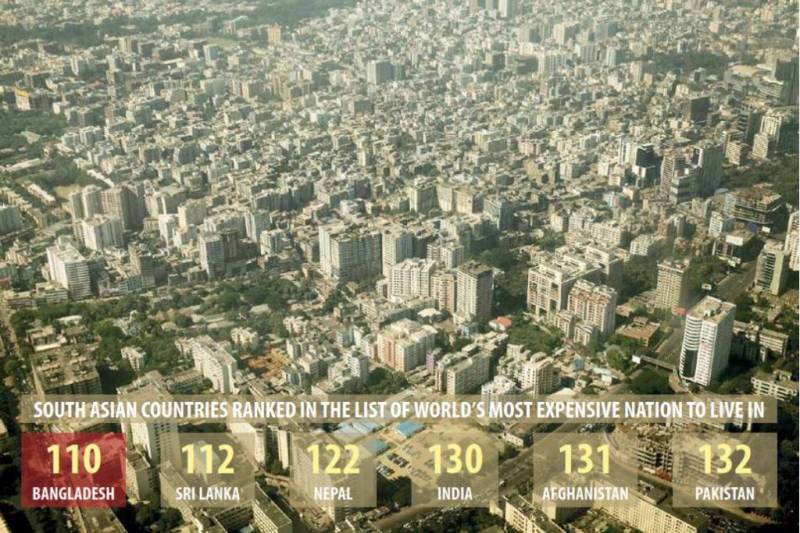 CEOWORLD — one of the world’s leading business magazines for high-level executive professionals and business leaders — has declared Pakistan the world’s most affordable country to live in, followed by Afghanistan, India, Syria, Uzbekistan, Kyrgyzstan and Tunisia, Dhaka Tribune reported.

Meanwhile, European countries were prominent on the list of most expensive ones. Of the top 20 nations, nine were in Europe, five in Asia, one in North America and Africa each, two in the Caribbean and two in Oceania.

Norway ranks second in the list of the world’s most expensive countries to live in, followed by Iceland, Japan, Denmark, Bahamas, Luxembourg, Israel, Singapore and South Korea.

A little further down in the list, there is the United States (US) at the 20th position, the United Kingdom (UK) at 27th, Saudi Arabia at 57th and Russia at 82nd.

The rankings are based on five major metrics — the cost of living, rent, groceries, eating out and purchasing power. To identify the world’s most and least expensive countries to live in, the magazine collected and reviewed data from dozens of studies, numbers of the consumer price index, cost of living index and numerous national and international media reports.

The data was then compiled into an index, using the notoriously expensive city of New York City (NYC) as a benchmark. New York was given an index score of 100. So a country with a score higher than 100 is more expensive than New York, while below signals less expensive.