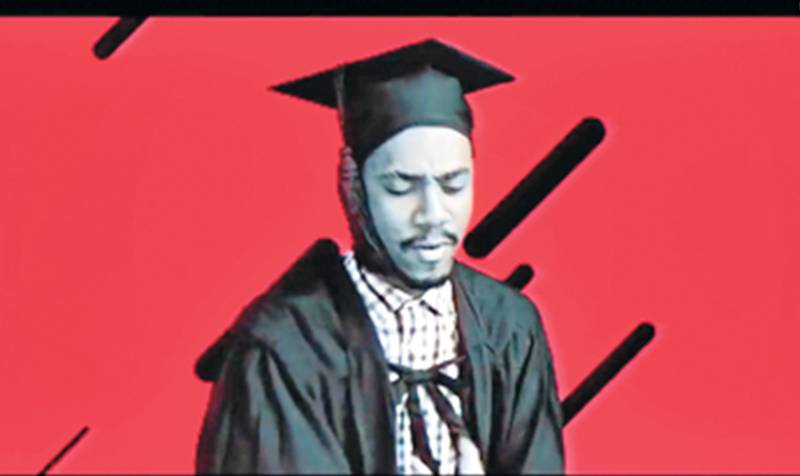 KARACHI- Pakistan's emerging new artist Abid Brohi has released his second song after his debut song 'The Sibbi Song'. The song is hilarious and is getting popular among the youth especially.

The song starts with the shot of former Chief Minister Aslam Raisani’s infamous quote, “degree degree hoti hai, chahay asli ho ya jaali” (A degree is a degree, whether real or fake).

The song video consists of multiple looks being done by Brohi himself and he is representing all the varied groups of people who are affected by unemployment.

The song is regarding the pressure the young Pakistanis go through and it also contains the instructions to study even when we know how much struggle is required to start up a good career later on.