Israeli premier Netanyahu felicitates Trump, seeks ‘stronger than ever’ ties with US 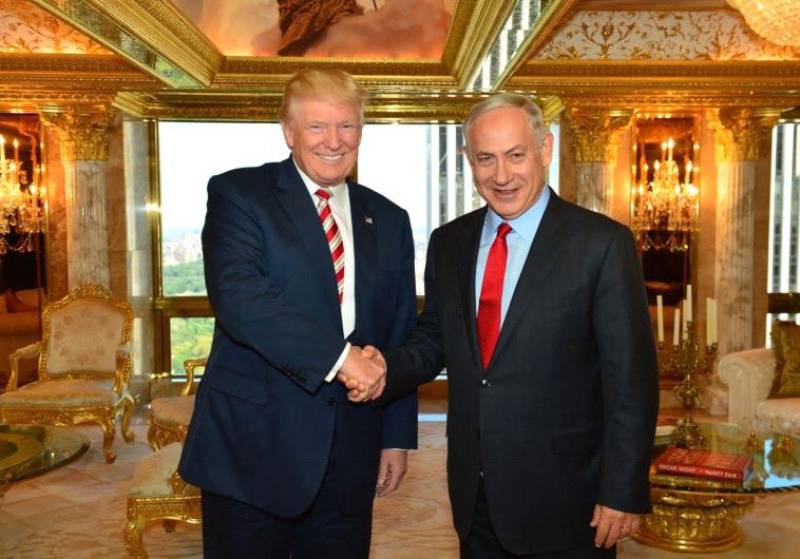 JERUSALEM - Israeli Prime Minister Benjamin Netanyahu said on Friday he wants relations with the United States to be “stronger than ever” under  Donald Trump's presidency.

Netanyahu felicitated his “friend” Trump in a tweet before his inauguration, saying he was looking forward “to working closely with you to make the alliance between Israel&USA stronger than ever”.

Congrats to my friend President Trump. Look fwd to working closely with you to make the alliance between Israel&USA stronger than ever 🇮🇱🇺🇸

Meanwhile, Israel’s left­wing newspaper Haaretz reported on Friday that security services have presented Netanyahu with a series of scenarios about potential Palestinian violence if Trump follows through on his promise to move the US embassy from Tel Aviv to Jerusalem.

Israel captured east Jerusalem during the 1967 war and later annexed it, declaring all of the city its unified capital.

A recently passed resolution by UN irked Israel as it demanded the halt of settlement activity by Israel on occupied Palestinian territory.

The resolution says Israel’s settlements on Palestinian territory occupied since 1967, including East Jerusalem, have ‘no legal validity’ and demands a halt to ‘all Israeli settlement activities,’ saying this ‘is essential for salvaging the two-state solution’.

The resolution reiterated that Israeli settlement was a ‘flagrant violation’ of international law.

Ever since the resolution passed, Israel lashed out at president Obama while the incoming Donald Trump at that time urged Israel to 'Stay Strong' untill he steps into Oval office.