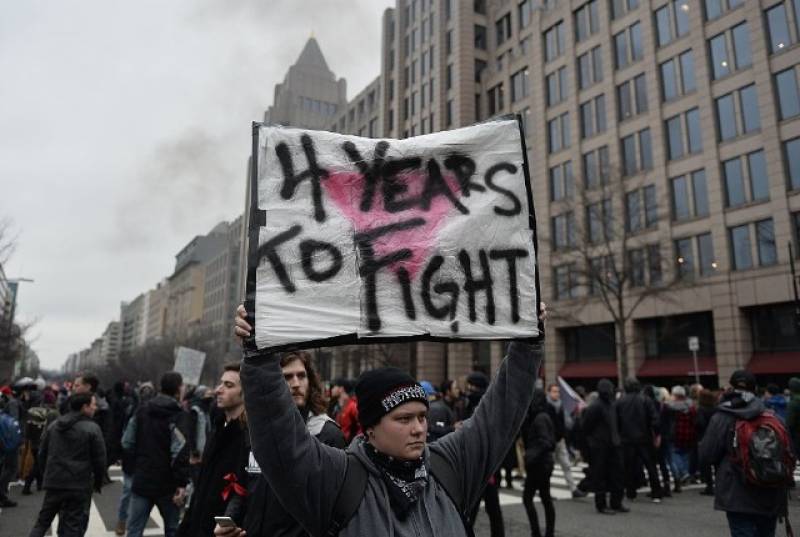 WASHINGTON - As Republican's Donald Trump took oath of office, violent protests erupted in Washington in a bid to denounce the new US head, here on Friday.

Scores of black-clad anti-establishment activists took to the streets on Friday clashing with police and law enforcement personnel, throwing rocks and bottles while raising anti-Trump slogans. 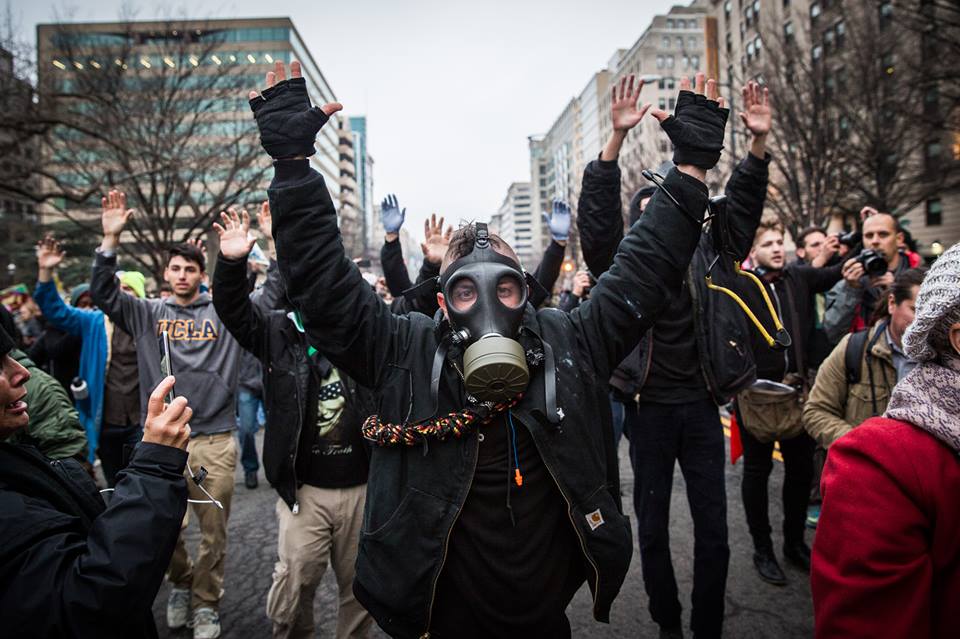 The demonstrations kept going for the whole day and as night fell, protesters set a bonfire blocks from the White House and reportedly scared Trump supporters as they ventured to the new president's inaugural balls. 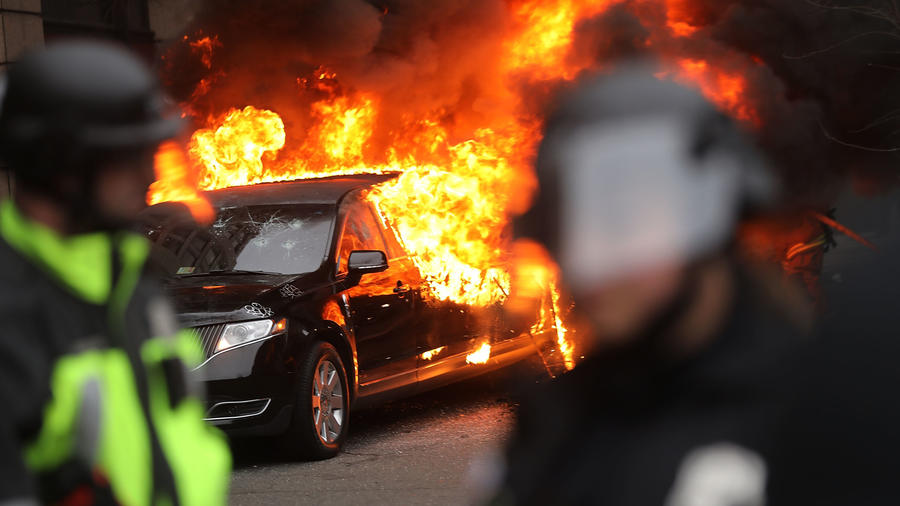 As Trump's motorcade headed back to the White House, protesters just a few blocks away set a parked limousine on fire after smashing its windows. 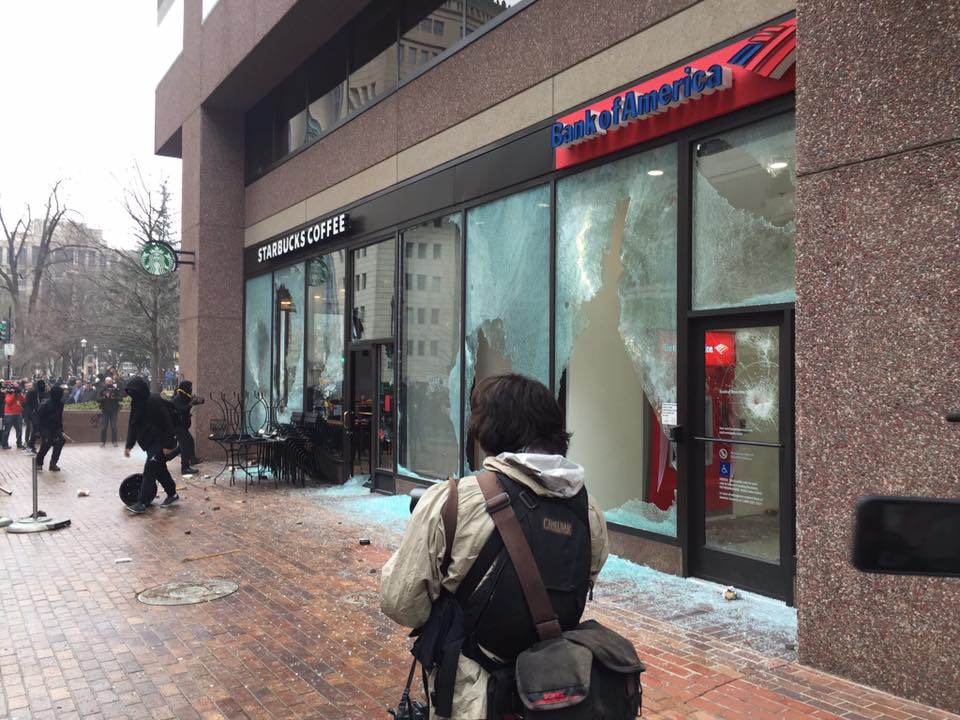 Chanting 'Not my president' and 'We resist President Trump' the estranged protesters also smashed windows of an international coffee chain. 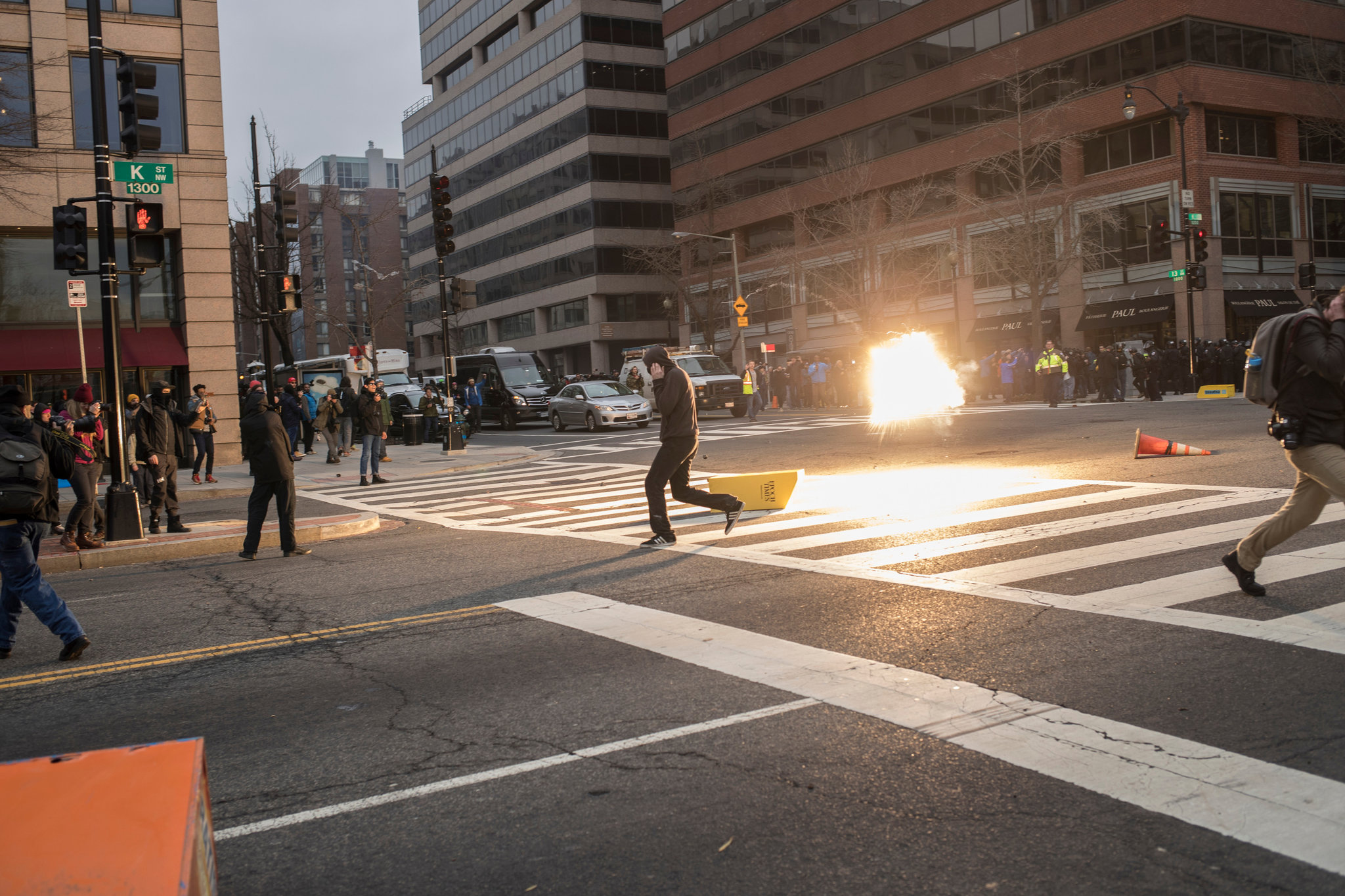 The demonstrators were of the view that with Trump in White House, blacks living in different parts of the country felt threatened due to his racist policies. 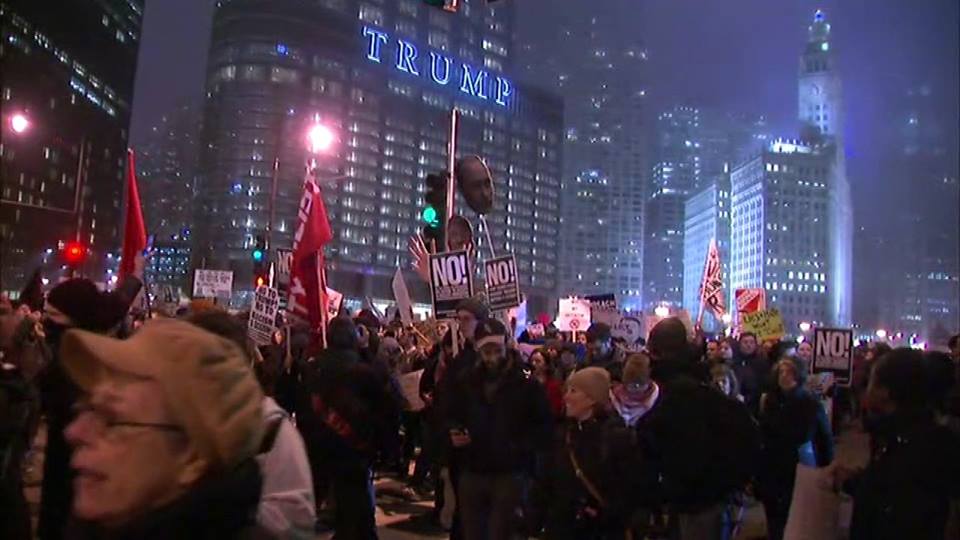 "I think Donald Trump is a fascist, and it's very easy for people, especially people who are in pain, to slip into fascism," said 20-years old student Lysander. 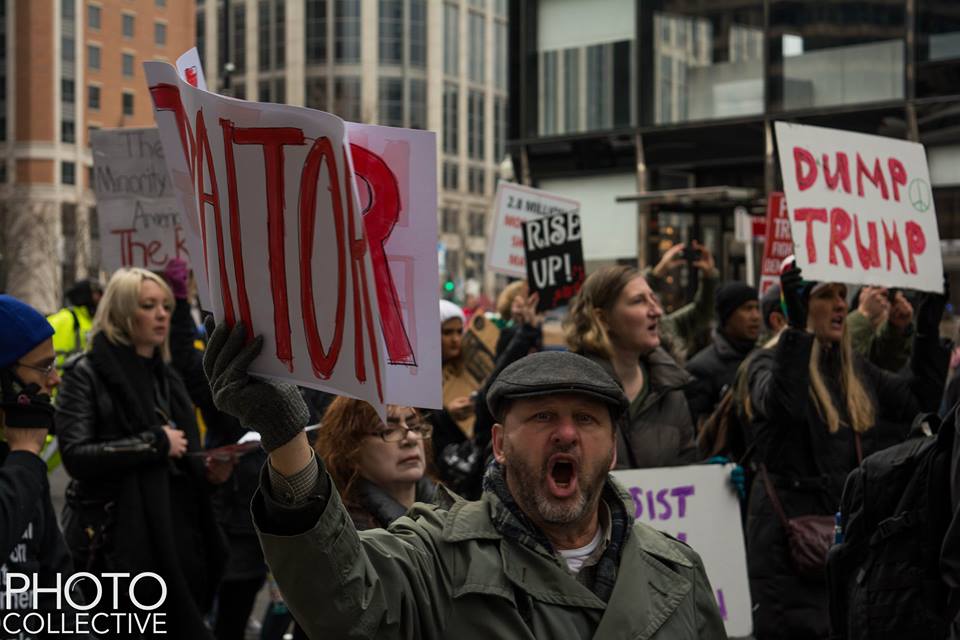 A knot of people dragged garbage cans into a street a few blocks from the White House setting them ablaze, later throwing a red cap bearing Trump's 'Make America Great Again' campaign slogan into the flames. 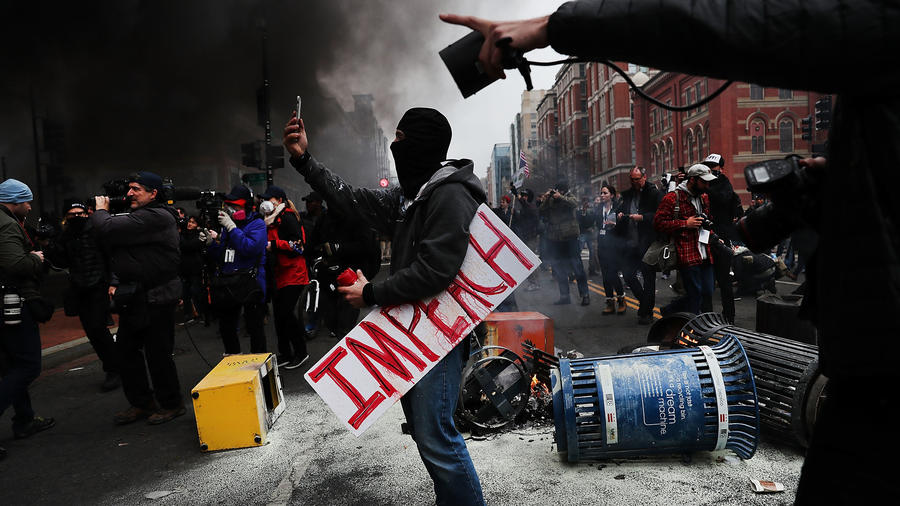 The US Secret Service, Washington police and other law enforcement agencies deployed about 28,000 officers in place to secure a roughly three-square-mile (7.8 square km) of the city. 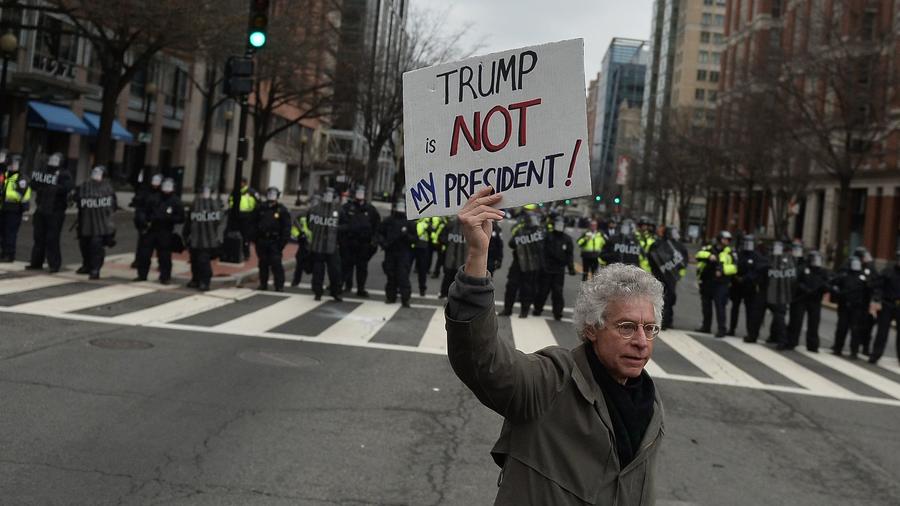 The police, eyeing the protests ever since Trump's victory, responded with tear gas and concussion grenades in addition to taking over 200 protestors into custody. 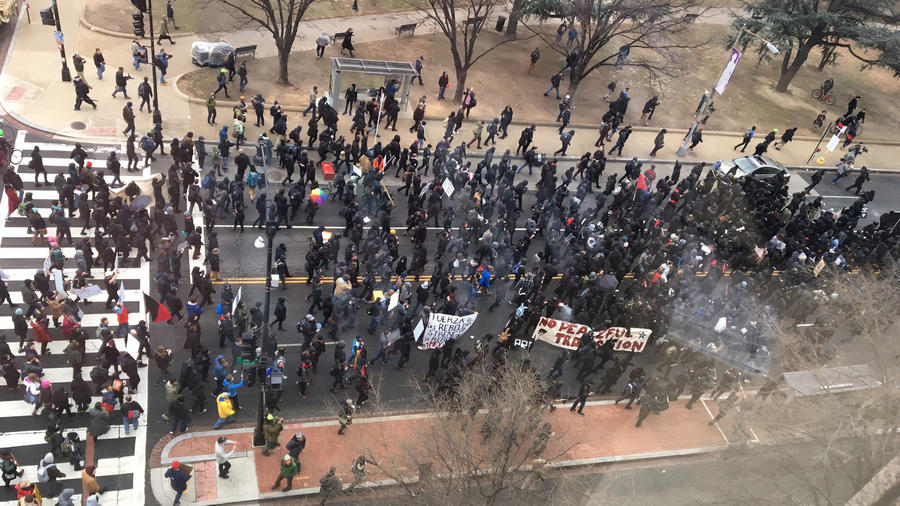 Three officers were injured during an earlier protest along the K Street corridor, including an officer who was struck by an object that had been thrown, said Doug Buchanan, a spokesman for the D.C. Fire and Emergency Medical Services.

A fourth officer was struck by a thrown object on K Street in the late afternoon and was taken to a hospital.