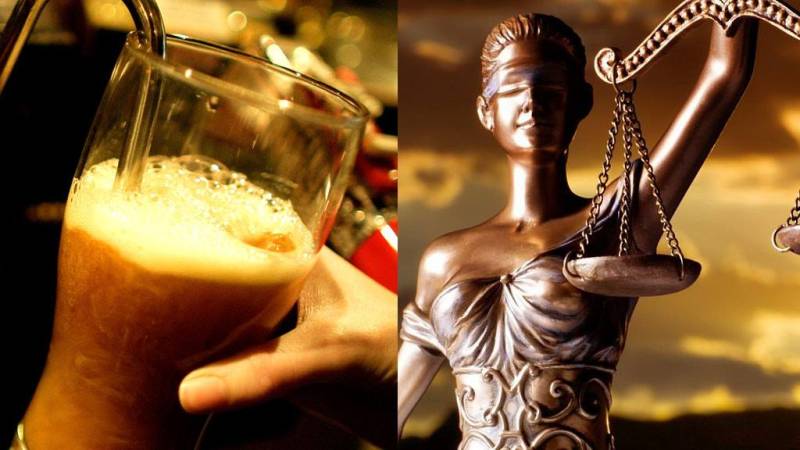 Twitter was abuzz yesterday with the debate on principles, moral and ethical obligation of so-called activists towards #metoo movement and free booze.

It all started when someone posted videos of a private party at rockstar Ali Zafar's place. While the party - with all its ingredients - wasn't that much of an issue people, however, noticed the presence of a #metoo activist.

Ironically, It was the same activist who exposed Khalid Bajwa, the former CEO of Patari. She also campaigned for #metoo movement in Pakistan, encouraging women and young girls to break the silence and stand up against the harassment.

LAHORE - Following sexual harassment allegations, Patari CEO Khalid Bajwa has stepped down from his post. Patari is a ...

When she spoke against Khalid Bajwa, many Patari employees supported her cause and left the organization to show solidarity. She also supported Meesha Shafi and protested against the screenings of "Teefa in trouble", and called out women who opted to see the film in cinemas - all because of her moral and ethical standing against Ali Zafar. 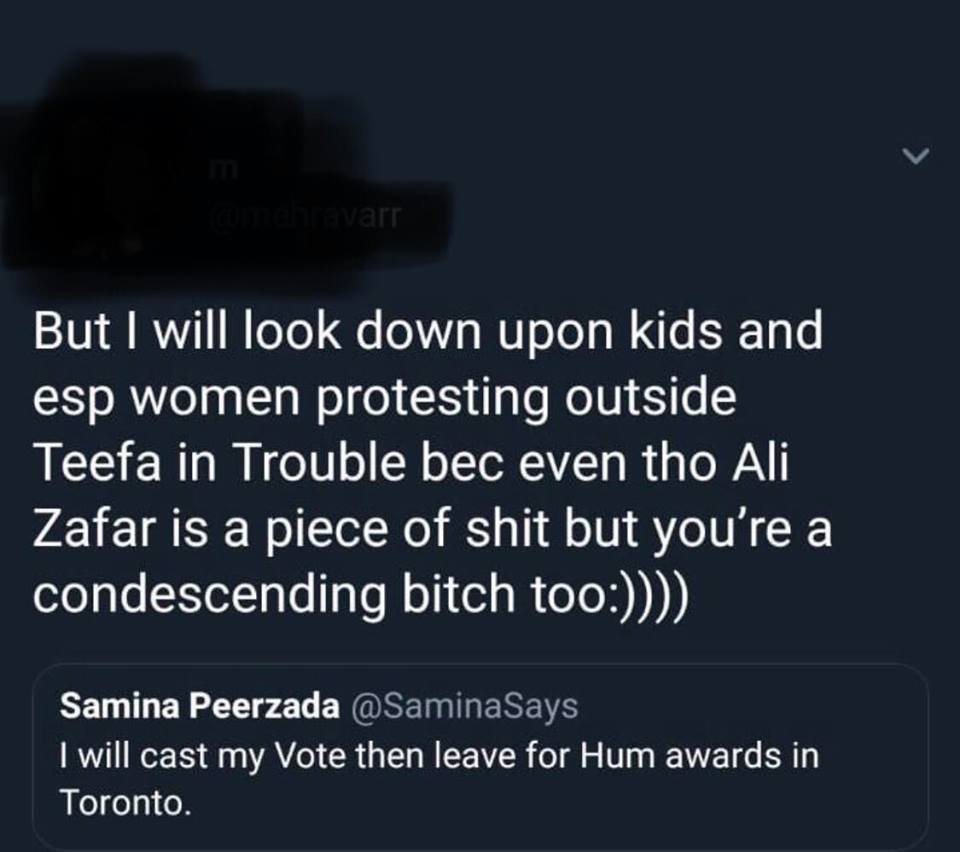 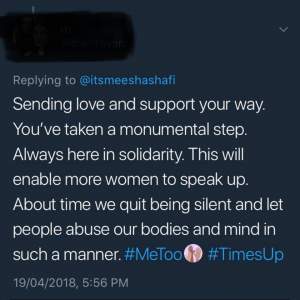 However, when she was seen partying at Ali Zafar's home many raised eyebrows with some calling her a hypocrite.

I will never support the actions of a white feminist who throws seven other women under the bus for the sake of "free booze dudes" party aap hazar aur tareekon say Kar saktay ho, but u chose to become a snake and party with a creepy harasser which I don't think anyone can justify

While she could have explained her presence at Ali's party by saying absolutely anything, she chose to use 'FREE BOOZE' as an excuse. People weren't too happy about the reason:

The worst part about this recent twitter expose is how easily mehravar is blaming it all on free booze?does she has any recollection of how she exposed Khalid Bajwa?how some of the very brilliant people eventually had to leave PATARI because they stood by her?BUT SHE DOESN'T CARE

Khalidbajwa is the CEO again,Ali Zafar is partying like nothing has happened,you are also thriving well on the adequate supply of booze. so hold on and let us reflect who actually ended up losing something they worked really hard for once? "employees of patari who stood by you"

omg freebooze! the corner stone of all activism ??‍♀️ i forgot

According to people on Twitter, there wouldn't have been anything wrong with her being present at Ali's home or enjoying the party if she hadn't made a fuss about him earlier. Her actions have not only hurt her activism but those who stood by her while she struggled. When you take a moral standing against someone, you ought to stand by it. You can't just throw your principles under the truck for the sake of 'free booze'.

Some people are coming to the activist's defense saying anybody can make a mistake. Well! when you are preaching or advocating for something, you have to act more responsible or bear the consequences.

We think 'booze' and #metoo movement are both sensitive topics and shouldn't be intermingled like this anywhere. Your moral standings should be more important than 'free' anything.