Here's how world leaders responded to Biden's inauguration as POTUS 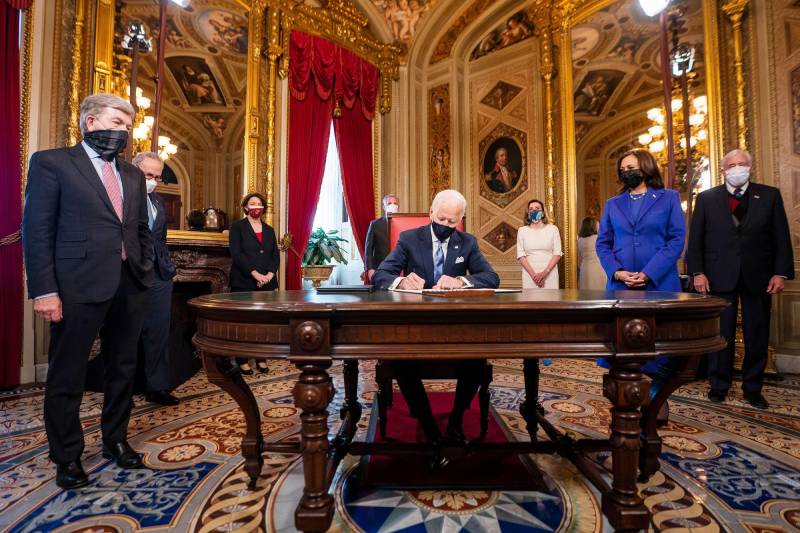 World leaders have reacted to a change in US politics after Joseph Biden took oath as 46th president, ending tumultuous tenure of Donald Trump.

The EU and UK are among the countries and allies which expressed happiness over Biden’s inauguration with with Ursurla von der Leyen, president of the EU Commission, saying there's a "friend in the White House" after four years.

President of the European Council, Charles Michel, tweeted congratulations to Biden and said it is a time to bring back conviction & common sense and rejuvenate our EU-US relationship.

I wish President @JoeBiden & Vice President @KamalaHarris my very best, as they strive to heal their country & lead the American people out of the pandemic.

Pakistan Prime Minister Imran Khan in a tweet, congratulated the Joe Biden on his inauguration and said that Pakistan is looking forward to work with US President Joe Biden in building a stronger Pak-US partnership through trade and economic engagement, countering climate change.

Congratulations to @JoeBiden on being sworn in as President of the United States and to @KamalaHarris on her historic inauguration. America’s leadership is vital on the issues that matter to us all, from climate change to COVID, and I look forward to working with President Biden.

"As I said when I spoke with him on his election as president, I look forward to working with him and with his new administration, strengthening the partnership between our countries and working on our shared priorities from tackling climate change, building back better from the pandemic and strengthening our transatlantic security," he said.

WASHINGTON - Joseph Biden on Wednesday took oath as 46th president of United States during a ceremony held at Capitol ...

Canadian Prime Minister Justin Trudeau in a Tweet said, “Congratulations, @JoeBiden, on your inauguration as the 46th President of the United States. Our two countries have tackled some of history’s greatest challenges together - and I’m looking forward to continuing this partnership with you, @KamalaHarris, and your administration”.

Congratulations, @JoeBiden, on your inauguration as the 46th President of the United States. Our two countries have tackled some of history’s greatest challenges together - and I’m looking forward to continuing this partnership with you, @KamalaHarris, and your administration.

China has congratulated US President Joe Biden on his inauguration and called for a reset in relations between Beijing and Washington.

Chinese foreign ministry said Beijing welcomes news that the US would rejoin the World Health Organizaion and Paris climate accord as Biden tried to pivot his office back to a key role in global leadership.