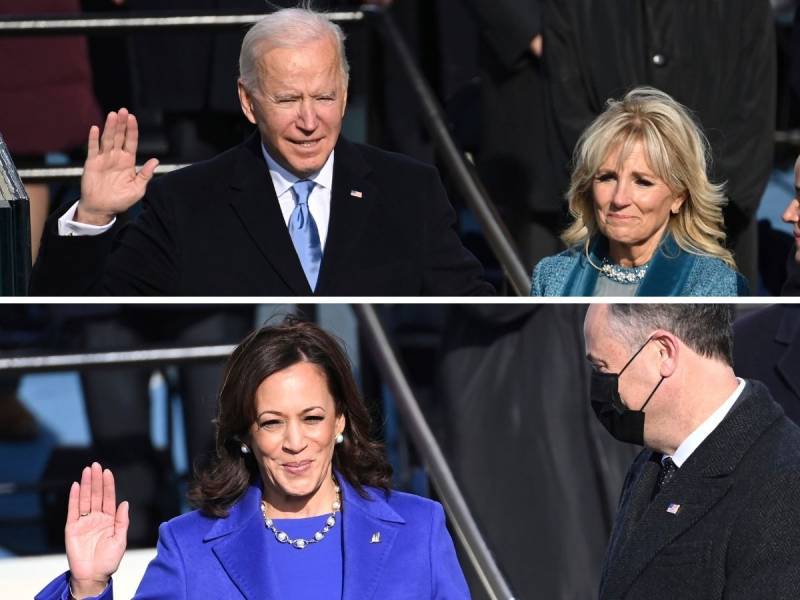 Trump, who had been accusing Biden of election fraud, did not attend the hearing, ending a long tradition to welcome the successor. He left the White House hours before the inauguration ceremony with a vow to come back in some form.

The Secret Service had taken command of the areas and at least 25,000 National Guard troops have been deployed, in addition to thousands of police officers, to protect the ceremony held two weeks after a mob attack on the Capital Hill.

Biden, who has become oldest president in the US history, in his presidential speech said:  “This is America’s Day. This is democracy’s day. A day of history and hope,” said Biden in his first speech as president.

Now the real work begins, folks. Follow along at @POTUS as we build back better. pic.twitter.com/fHViqSqwp2

"Through a crucible for the ages, America has been tested and it has risen to the challenge. Today we celebrate a triumph not of a candidate but of a cause, a cause of democracy"

He said, "We learned again that democracy is precious. Democracy is fragile and at this moment, my friends, democracy has prevailed".

"Now, on this hallowed ground, where just a few days ago violence sought to shake the Capitol’s very foundation, we come together as one nation, under God, indivisible, to carry out the peaceful transfer of power as we have for more than two centuries."

“Few people in our nation's history have more challenged, or found a time more challenging or difficult than the time we're in now.”

“To overcome these challenges to restore the soul and secure the future of America requires so much more than words. It requires the most elusive of all things in a democracy: unity,” he said. “We must end this uncivil war that pits red against blue, rural versus urban, conservative versus liberal. We can do this — if we open our souls instead of hardening our hearts.”