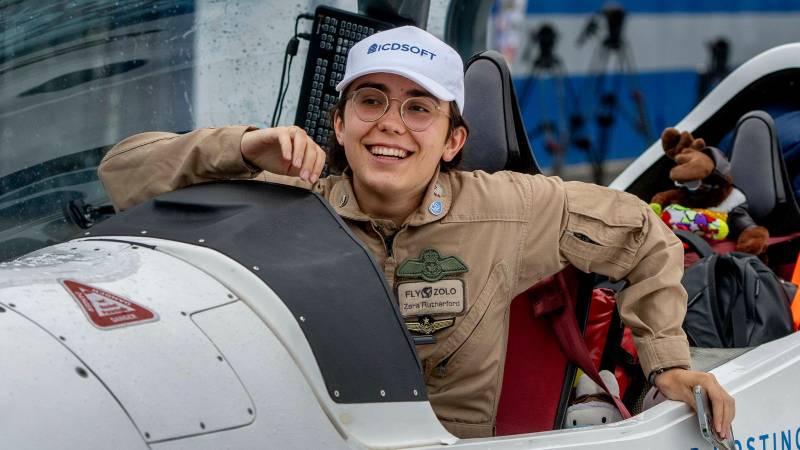 BELGIUM – Teenage pilot Zara Rutherford has become the youngest woman to fly around the globe solo.

The 19-year-old Belgian-British has etched her name in record books as the passionate aviator spent five months flying more than 32,000 miles across five continents.

She dodged weather emergencies in Mexico and in Alaska, as her plane was grounded for weeks by bad weather and a visa delay.

As Zara landed in Kortrijk-Wevelgem in Belgium her family, journalists, and some friends flocked together to greet her. In the video posted online, the new world record holder teen was accompanied in her landing by four planes from the Belgian Red Devils aerobatic display team.

The teen aviator not only shattered the record held by American Shaesta Waiz, who was 30 when she traveled the globe in 2017, she also now holds the title for the first woman to revolve the world in a microlight aircraft. She is also the first Belgian to fly around the world alone.

She termed her five-month journey as ‘crazy’, saying “I haven't quite processed it”. Adding, that it's very strange being back here. Sharing the moments where she feared for her life, she said, the frozen area of Siberia was the ‘scariest’ part of the journey.

The young pilot faced several bumps along the way as her aircraft limited her to flying during the day while she was also forced to make several diverted or hasty landings. Thunder and winter storms in eastern Russia and Dubai also kept her grounded for some time.

Zara departed on August 18, 2021, in a bespoke Shark ultralight aircraft, she believed her adventure would take about three months.

LAHORE -  Pakistani Pop singer and TV star Fakhr-e-Alam had announced his love for flying an aircraft a few years ...