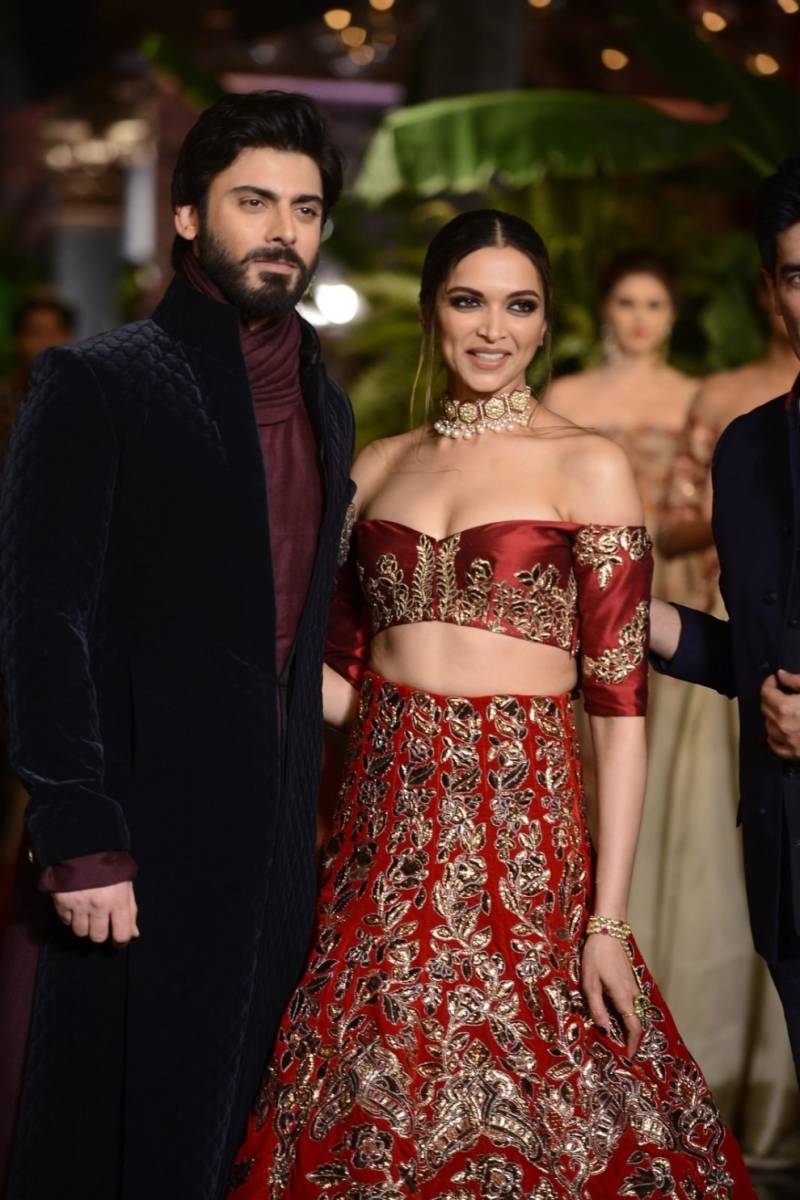 NEW DELHI - Pakistani hearthrob Fawad Khan and Bollywood screen idol Deepika stole the show at IIFA 2016 when they each went down on one knee for the other as showstoppers for Manish Malhotra at the FDCI Indian Couture Week 2016.

According to Dawn, Malhotra's collection titled "The Persian Story", was nothing short of regal. His showstoppers for the night, Pakistani actor Fawad Khan and Bollywood actor Deepika Padukone were dressed as royalty for the show. 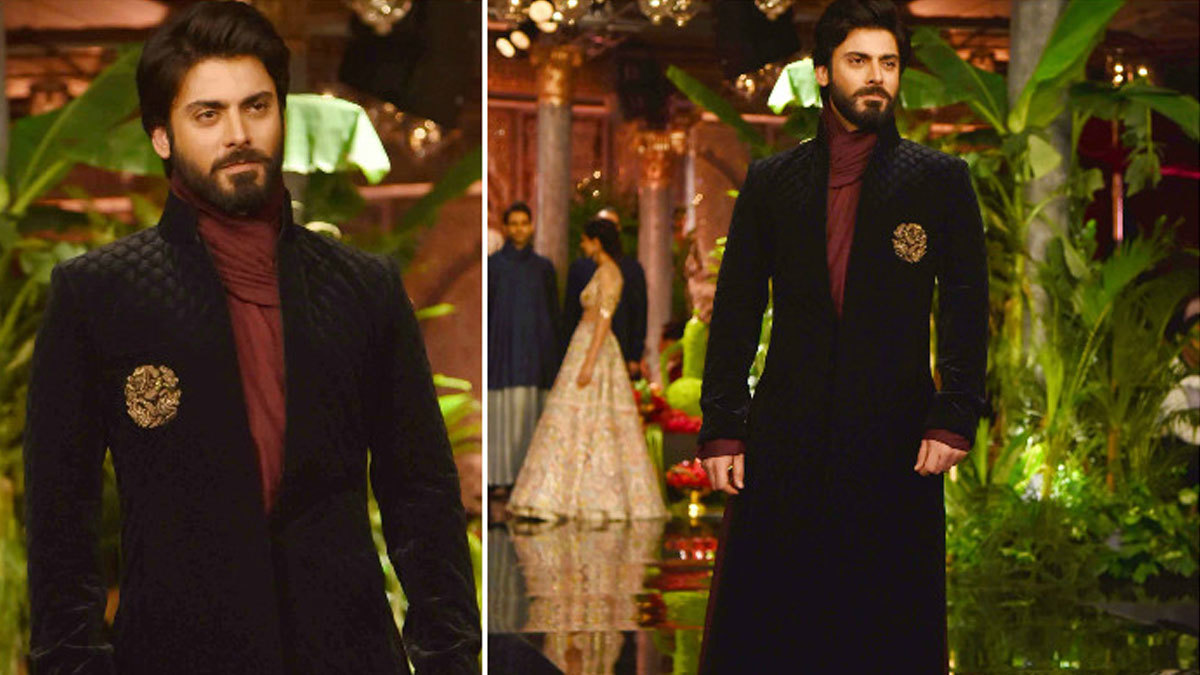 "It is my India runway debut and it was daunting for me. I have probably walked the ramp three times and this is the fourth time. But it was an absolute pleasure to walk with Deepika for Manish," the actor told DNA India.

On the other hand, the sizzling Deepika, who was chosen to close the show, wore an off- shoulder choli and a train lehenga with intricate gold embroidery. 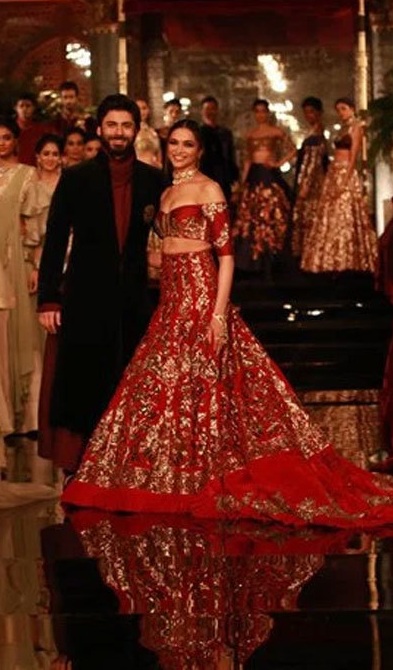