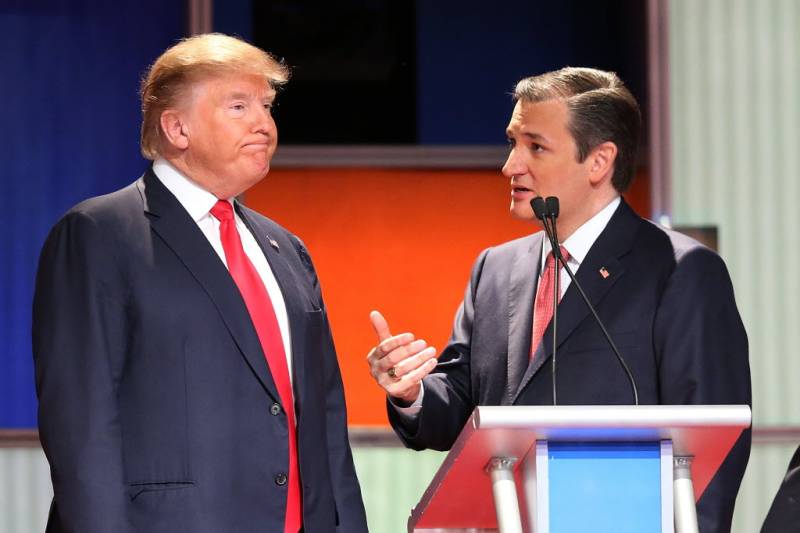 WASHINGTON - Republican Senator Ted Cruz attracted criticism from Trump supporters at the Republican National Convention after he refused to endorse Donald J. Trump as his party's nominee for the upcoming 2016 US presidential polls in November.

According to US media reports, Trump supporters continued chanting "We want Trump" during and after the Texas Senator's speech. Despite the vocal support for Trump, Cruz urged Republicans to vote their conscience on November 8 instead of clearly naming the Republican nominee.

Ted Cruz, who contested a bitter primary campaign against Trump, began his speech saying: "I want to congratulate Donald Trump on winning the nomination last night."

However, the moment he was supposed to request the voters to vote for Donald Trump, he said: "Please, don’t stay home in November. Stand, and speak, and vote your conscience, vote for candidates up and down the ticket who you trust to defend our freedom and to be faithful to the Constitution."

The Republican party on Tuesday formally nominated Trump as its presidential candidate after he won 1,725 delegates in the primaries.  followed by Cruz with 475 delegates.

During the primary campaign, both Trump and Cruz hurled personal allegations at each other. Trump insulted Cruz's wife's looks while Cruz called Trump a "serial philanderer" and a "narcissist".

Canada refuses to act against Khalistan supporters on Indian pressure