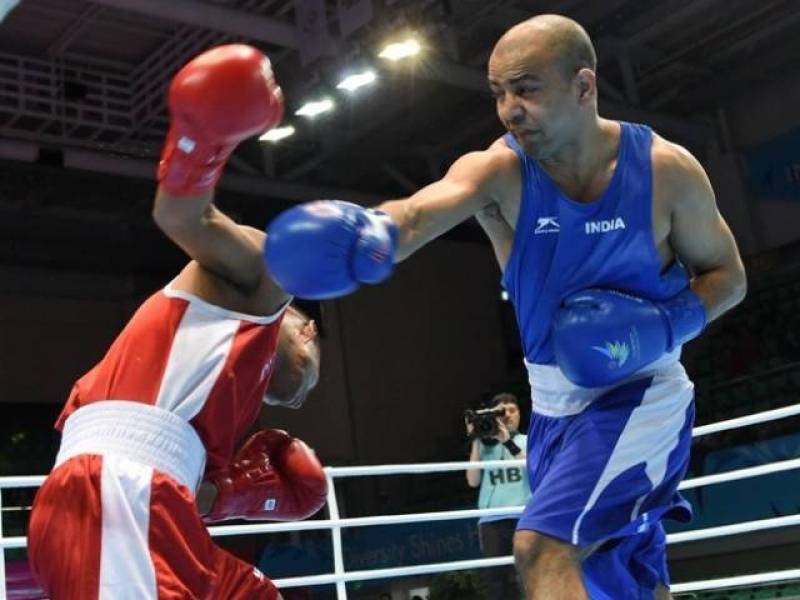 KARACHI (News Desk) - Four out of total five national boxers have failed to qualify for the upcoming Rio Olympics scheduled in Brazil in August, with Tanveer Ahmed emerging as Pakistan's only hope in the 75kg category.

According to the media, the Pakistan Boxing Federation (PBF) had initially planned to enter a seven member team for the Olympics qualifiers. However, it ended up sending a 5-member team, of which Naimatullah (56kg), Ahmed Ali (60kg), Syed Asif (52kg) and Awais Ali (81kg) lost their opening bouts in the first round.

Pakistan's last Olympics hopeful Tanveer Ahmed is set to face South Korea’s Dongyun Lee in the second round, after winning the first round.

Reacting to the development, Pakistan Boxing Federation (PBF) Secretary Iqbal Hussain said that Pakistani boxers had failed to qualify due to inadequate training provided to them.

"It is not that our players were not capable to face international players, but it is lack of training and no one can play without support of government," he said in an interaction with media.

He went on to say that PBF could not send these boxers abroad for training due to lack of resources, adding that fours years of hard training by the boxers had been wasted due to a lack of government support.

Earlier, Pakistani boxers had missed their chance to qualify for Asian Olympic in China in March this year.