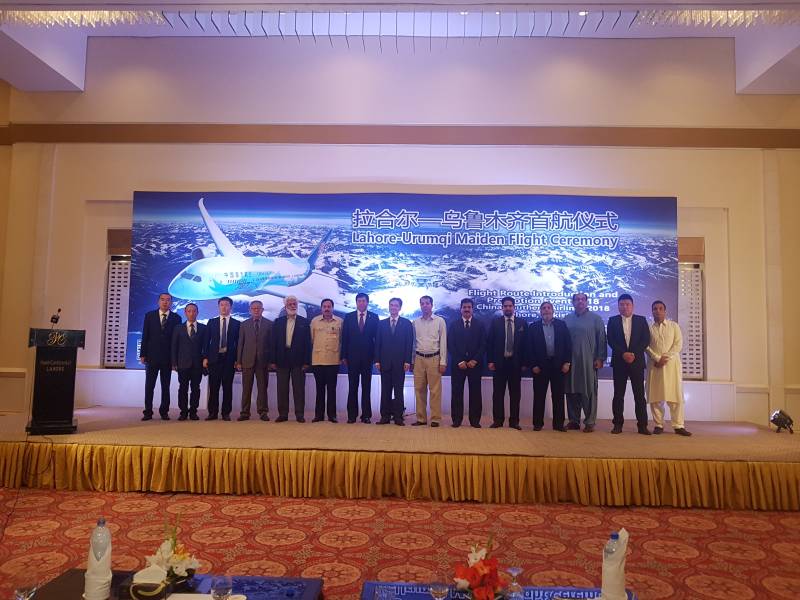 LAHORE -  China Southern Airlines opened the route from Urumqi to Lahore on Thursday, becoming the first Chinese airline to take passengers from Lahore to the Chinese city.

Urumqi, as the third largest international transferring hub, is the west gate of China to the world. It enjoys the geographic advantage of flying to Midwest Asia and Europe.

With the powerful route network of China Southern, passengers from Islamabad could transfer to about 30 other Chinese inland cities like Beijing, Guangzhou, shanghai and also to international destinations of Australia, Europe, America, Southeast Asia, Japan and Korea via Urumqi hub. 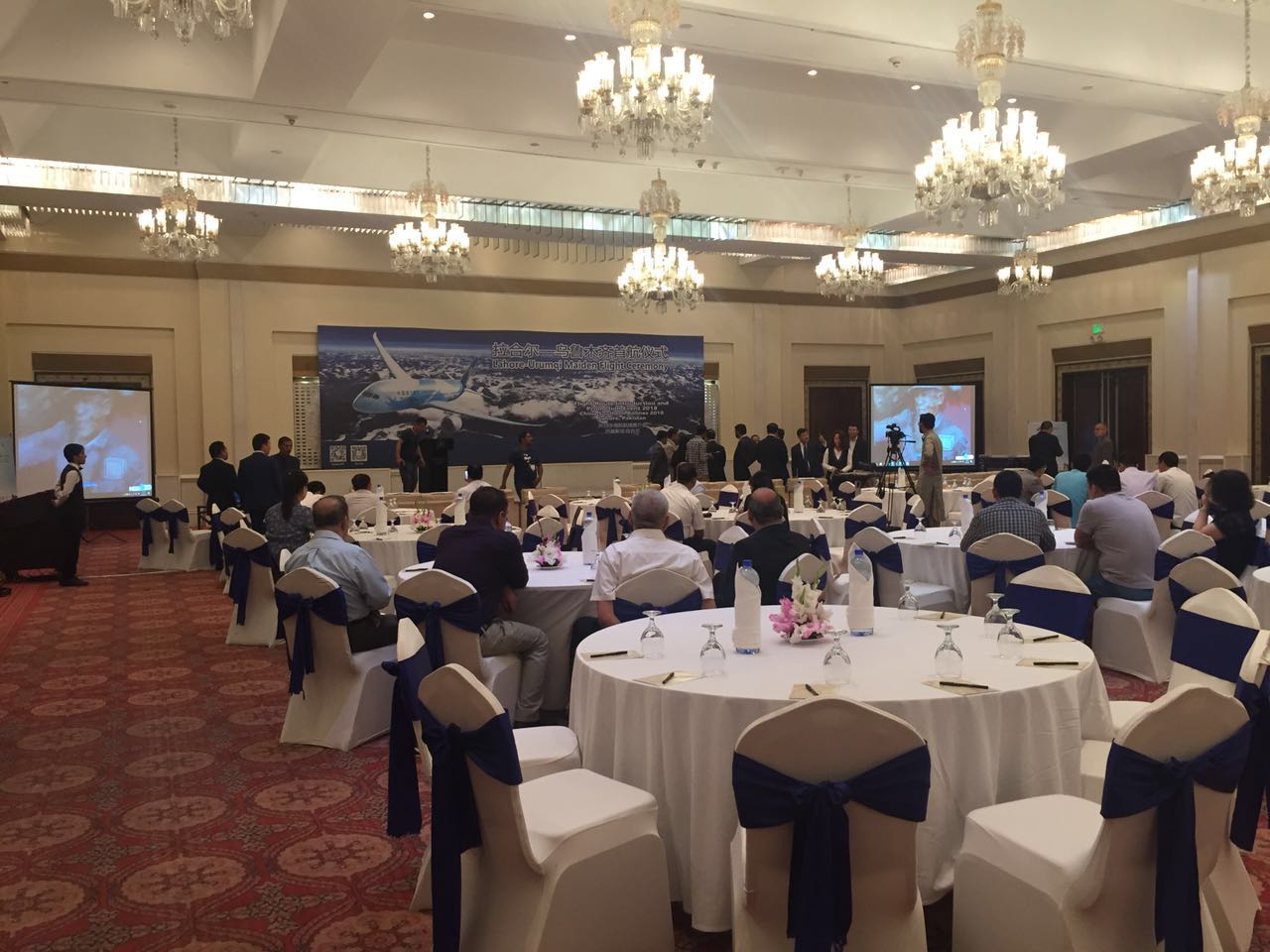 China Southern Airlines, as the passage over Karakorum which is the part of CPEC, will launch a series of preferential policies to help the people in Pakistan and China to enjoy the most convenient air trip at the cheapest price.

Addressing a ceremony in this regard, the senior official of the airline said they aim to make this route as a witness of friendship and cooperation between China and Pakistan.

China Southern Airlines opened the route from Urumqi to Islamabad in 1994. The route has continued for 24 years during which our company dedicated to maintaining the bilateral relations and the flight has never been suspended.

What’s more, there is a gradual increase in flight frequency which builds a more convenient air bridge between two countries on economic trade and personnel exchange. It is our great honor to promote the economic and social development of two countries. 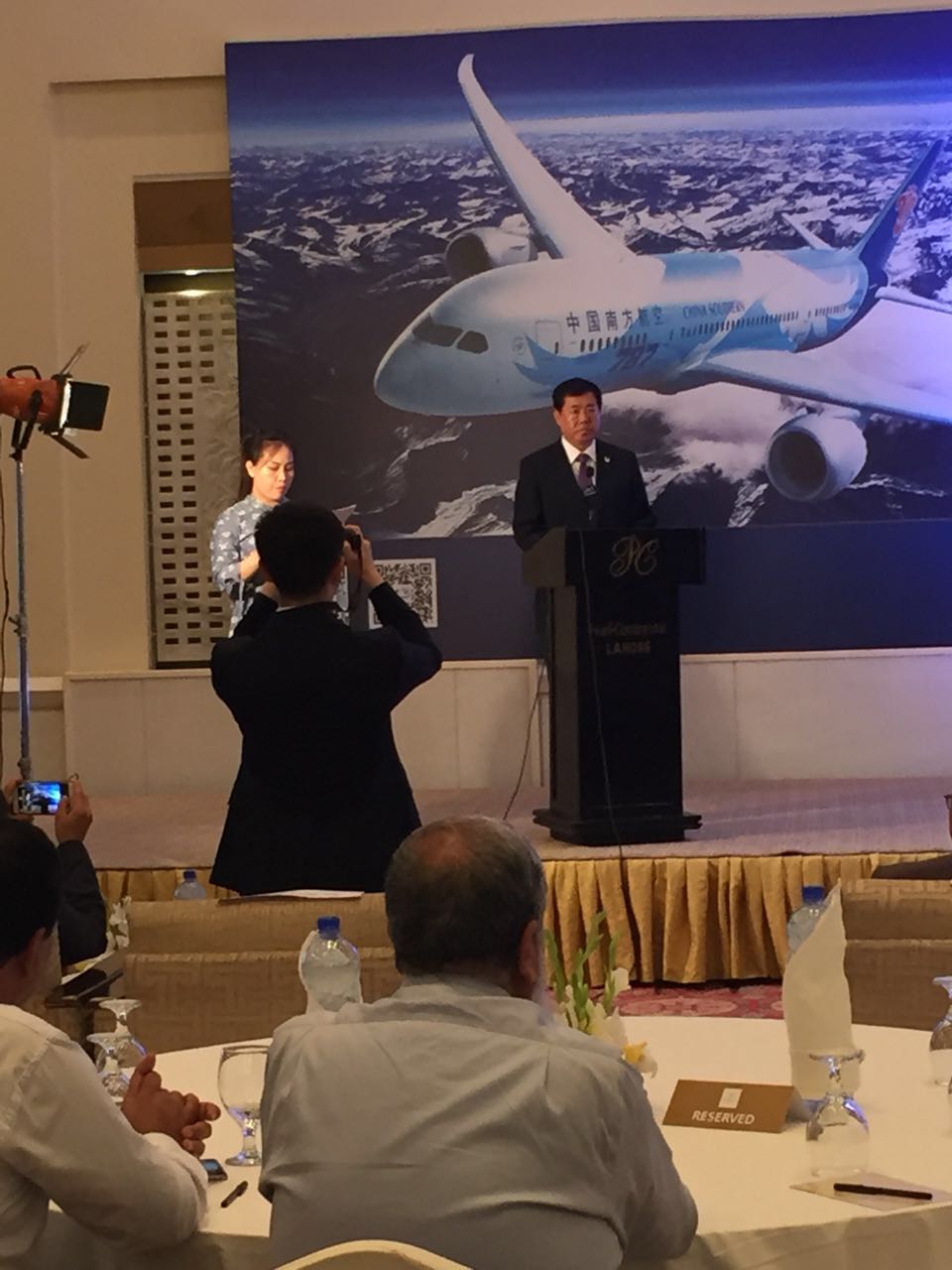 China Southern Airlines operates the largest fleet, most developed route network and largest passenger capacity of any airline in China. China Southern has more than 660 aircrafts; the fleet size ranks the carrier first in Asia, third in the world.

It is the first airline of the world that operates A380 and Boing 787 at same time. Each day China Southern has more than 2000 flights to 224 destinations of around 40 countries and regions. The route network of China Southern Airlines reaches 1062 destinations in 177 countries by joining in SkyTeam.