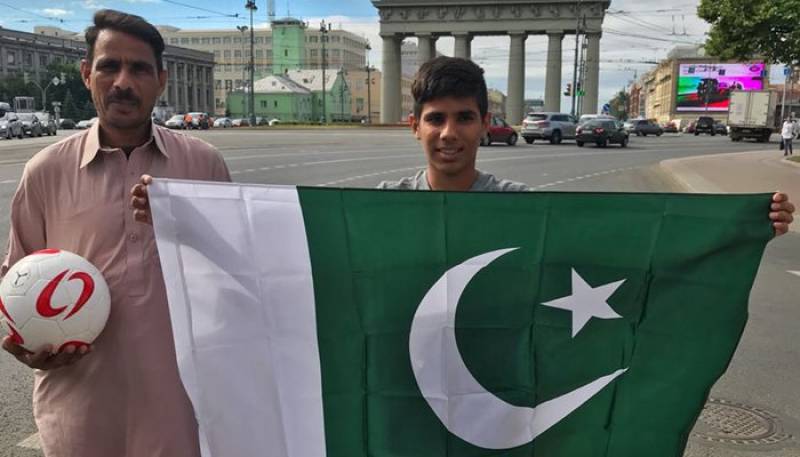 MOSCOW - A 15-year-old Pakistani boy will have the honour to conduct the coin-toss for the match between Brazil and Costa Rica at the FIFA World Cup 2018 in Russia.

Ahmed Raza will conduct the coin toss for the match scheduled for June 22 (Friday) at 4:45 pm (PST); this marks the first time a Pakistani will be present on the pitch of a FIFA World Cup thriller and that too in an official capacity.

Ahmed who hails from Sialkot is an ardent fan of Neymar Jr and the Brazilian football team. Three generations of the teenager’s family have been involved in crafting hand-stitched footballs for professional leagues and it is expected that the youngster will be shaking hands with the soccer legends.

Ahmed’s journey from Sialkot to the FIFA World Cup stadium will also be documented by Coca-Cola which has collaborated with two-time Academy Award-winning film-maker Sharmeen Obaid-Chinoy.

Pakistan’s national football team (men) captain Kaleemullah will also be joining Ahmed on his journey to Moscow for the football tournament.

Interestingly and unfortunately, Pakistan is not participating in the encounter that started on June 14th and would be keeping soccer fans glued to the screens till 15th July.