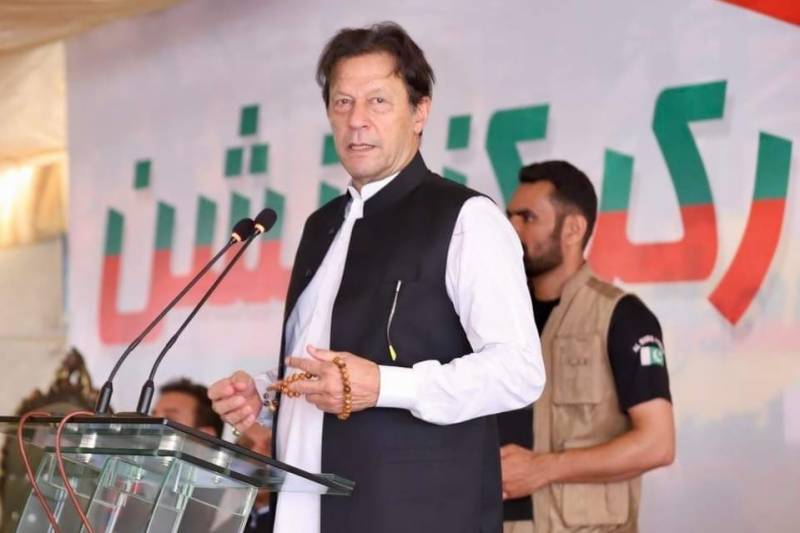 PESHAWAR – The Counter Terrorism Department (CTD) of Khyber Pakhtunkhwa has issued a threat alert regarding a plot hatched by terrorists for assassination of former prime minister and PTI chairman Imran Khan.

The threat alert, dated June 18, said that terrorists are planning to attack the former premier, adding that an Afghanistan-based killer had been hired to execute the plan.

CTD has asked all relevant department to take all possible steps for the security of Imran Khan, who has been holding public gatherings and rallies against incumbent coalition government since his ouster from the prime minister’s office.

Last week, PTI leader Fayaz ul Hassan Chohan took to Twitter to share that “some people” had tasked a terrorist in Afghanistan with the assassination of the ousted prime minister.

Chohan tweeted: "It is reported that some people have ordered a terrorist named Kochi in Afghanistan to assassinate PTI Chairman Imran Khan."

The PTI chairman had claimed last month that a conspiracy was being hatched to kill him. The former premier said he had recorded a video naming all those involved in the conspiracy to topple his government and then assassinate him.

A group of famous TikTokers including Chaudhry Zulqarnain, Kanwal Aftab and others met PTI Chairman Imran Khan on ...