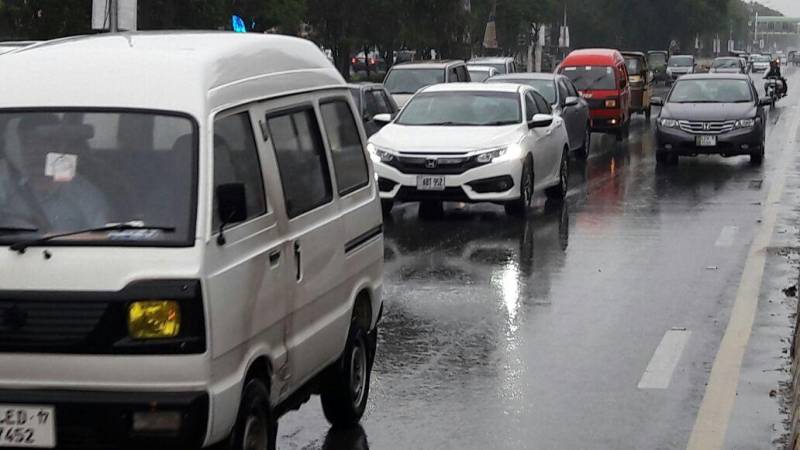 LAHORE (Sarfraz Ali) - Despite heavy rain in Lahore, the cricket enthusiasts are assembling at the Gaddafi Stadium to catch the excitement-laden second eliminator of the ongoing Pakistan Super League.

Punjab's capital city saw a continuity of rain on Wednesday, that had marred the first elimination match of the third edition of Pakistan Super League, between Peshawar Zalmi and Quetta Gladiators, a day earlier.

Earlier today, the city saw some sunshine, however, rain has started again, raising concerns about the prospects of today's match scheduled to be played between Peshawar Zalmi and Karachi Kings at the Gaddafi stadium amid a boisterous environment.

The winner of today's match will directly go to the final and play against Islamabad United on March 25. The loser will be knocked out of the tournament.

The match is scheduled to be played at 7:00 pm tonight, however, if the rain continues, chances are high that the match could be delayed or the overs could be reduced.

On Tuesday, Peshawar Zalmi knocked Quetta Gladiators out of the PSL with a tough one-run victory in the first eliminator in Lahore.

All the tickets for second eliminator have been sold out. Strict security measures have been taken to ensure no untoward incident takes place during the match. Contingents of law enforcement agencies and security teams have been deployed inside and outside the stadium.

Today's match of Pakistan Super League is the last one to be played in Lahore. The winner of today's encounter would be entertaining Karachiites in the final match against Islamabad United, this Sunday.