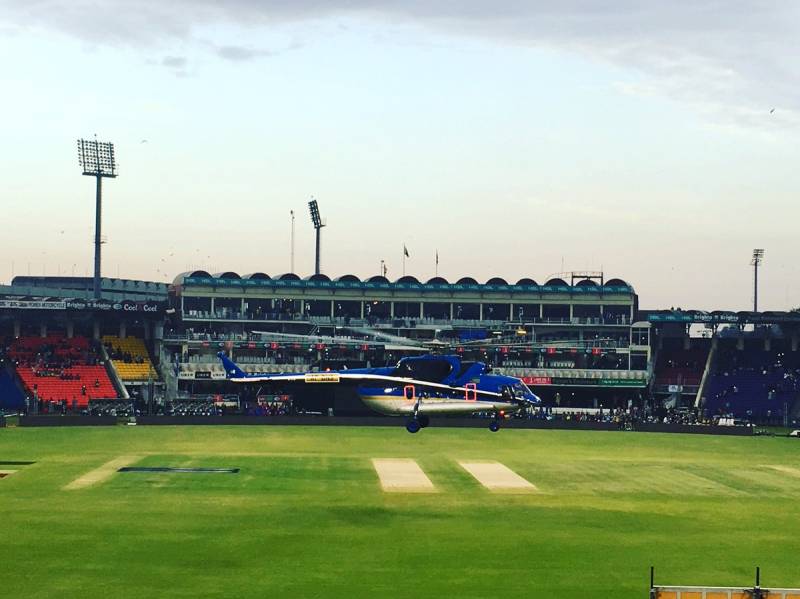 LAHORE - The Pakistan Super League (PSL) management on Wednesday employed two helicopters to dry out the rain-hit wet pitch before the second Eliminator to be played between Karachi Kings and Peshawar Zalmi at Lahore's Gaddafi Cricket Stadium on Wednesday.

A video shared on social media shows two choppers hovering over the pitch in an attempt to save the big clash from being washed out by rain.

Helicopter here at the Gaddafi Stadium to make the field dry. #HBLPSL pic.twitter.com/JUibYzrIyx

One helicopter was sent by the Punjab government and the second by Pakistan Army. 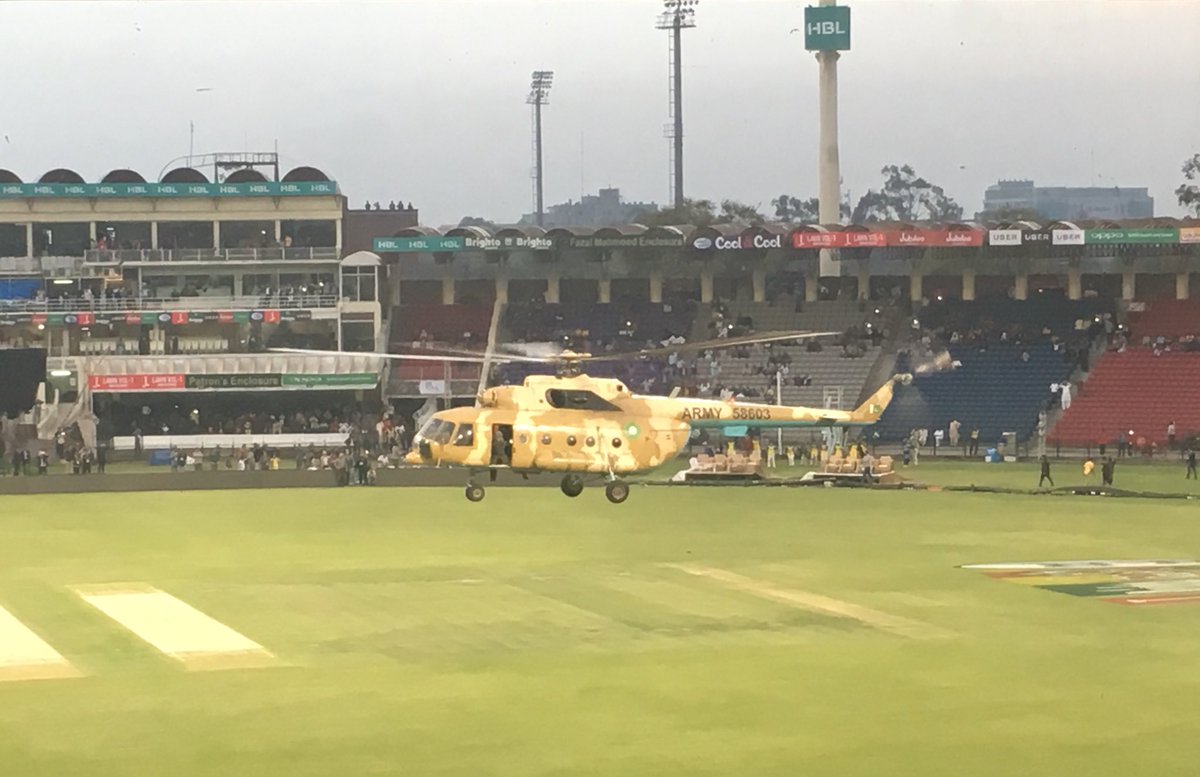 This is only the second time since the 1996 Cricket World Cup final that a chopper has been used to dry out the pitch. Sri Lanka had beaten Australia to lift their maiden World Cup at the iconic Gaddafi Stadium in Lahore in 1996.

Heli drying the ground in Lahore. As in 1996 World Cup. All systems are GO! Inshallah!

"Heli drying the ground in Lahore. As in 1996 World Cup. All systems are GO! Inshallah!," Sethi tweeted.

There is a forecast of rain at 8pm, while the sky will remain cloudy at 9 to 10pm, according to the weather report.

Tuesday's eliminator between Quetta Gladiators and Peshawar Zalmi was also affected by rain. Zalmi qualified for the second eliminator after their stunning one-run win over Quetta Gladiators in the ongoing edition of the Pakistan Super League at the Gaddafi Stadium in Lahore.