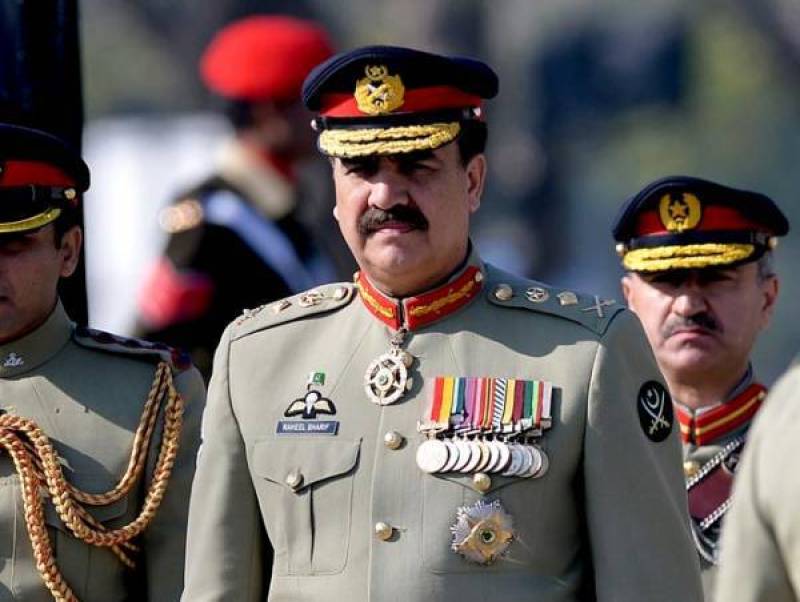 Addressing the army officers at Command and Staff College in Quetta on Thursday, the COAS held that the development of the country is conditional to its safety.

"Soldiers fight wars but it is the nation that helps them win," General Raheel said while stressing the need of public support.

“Only a protected Pakistan can be a prosperous Pakistan,” the COAS said.

The army chief also highlighted the importance of security situation in the country in order to prosper and develop.

On a one-day tour to the southern side of the country, the COAS arrived in Quetta, where he was received by Commander Southern Command Lieutenant General Nasir Khan Janjua at the airport.