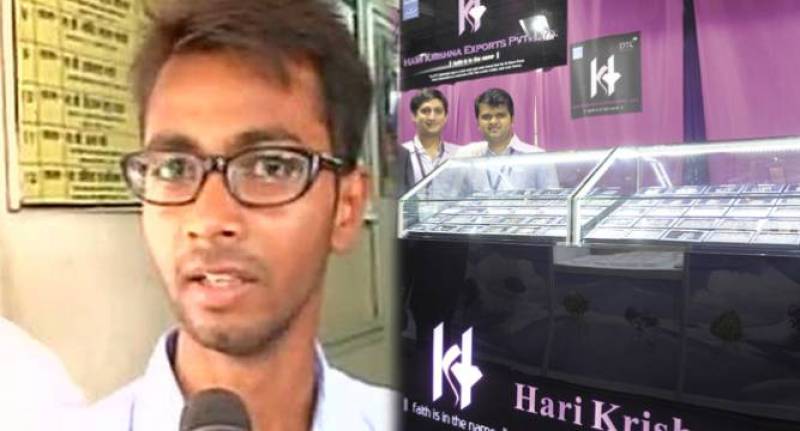 MUMBAI (Web Desk) - A young Indian MBA graduate was declined employment in a leading diamond export company allegedly on the grounds that he was a Muslim.

The issue has snowballed into a controversy with the National Commission for Minorities saying it will conduct an inquiry if there is any truth in the matter.

Management graduate Zeshan Ali Khan applied for an opening in the company on May 19. However, the company replied to him saying that they hire only non-Muslim candidates, according to Khan, who shared the details on his Facebook page.

In Picture: Response of the company to Zeshan Khan, who was denied the job on account of him being Muslim. pic.twitter.com/JdfWZGLgal

“Thanks for your application. We regret to inform you that we hire only non-Muslim candidates,” the company said in a response to his application.

Giving details, Khan said, “I was looking for a job, I came to know about a recruitment drive taking place at Hari Krishna Exports Pvt LTD, one of the leading exports houses of the country. I thought it would be a wonderful opportunity to start my career with them. I applied for a job day before yesterday in the evening at 5:45 PM and within 15 minutes I get a reply from them that we regret to inform you, we don’t hire Muslims. We only hire non-Muslim candidates.

“I was quite shocked when I read about this, I took a screen shot of it and posted it on Facebook,” he said.

“At a time when Prime Minister Narendra Modi is visiting foreign countries and inviting them for investment and pushing ahead the ‘Make in India’ campaign, the leading export houses are rejecting candidates for their religion,” Khan said.

However, he subsequently received a ‘regret’ mail from the company after his social media post generated sharp reactions.

“We would like to clarify that the company does not discriminate against candidates based on gender, caste, religion, etc. Any hurt caused in the matter is deeply regretted,” said Mahendra S. Deshmukh, Associate VP & Head-HR of the company.

The company said it was a “personal mess” created by a trainee in the HR team. “It was a blunder and personal mess created by one of our trainees who has no decision making power. We have 61 employees in our office here including one Muslim in the HR team,” Hari Krishna Exports Private Ltd said in the mail.

NCM chairperson Naseem Ahmed said, “We just received a petition this morning and as per our set procedure we will call for the comments of the respondent company and based on their response we will decide their course of action. If there is any truth in this, it is unfortunate. An inquiry should be conducted,” he said.

Mumbai Police have lodged a case against the firm on the youth's complaint.

"As per the law, there is punishment of 3 years. After investigation it will be revealed who is actually related to offence," police inspector Suryakant Jagdale said.

Reacting to the controversy, Minister of state for Minority Affairs Mukhtar Abbas Naqvi said, “A person’s caste, area or religion cannot be a demerit. Discrimination on the basis of religion is neither allowed by our Constitution, nor by our administration. If there has been case in which he (Zeeshan) was denied or fired from the job only on the basis of his religion, then I feel it is not right,” he said.