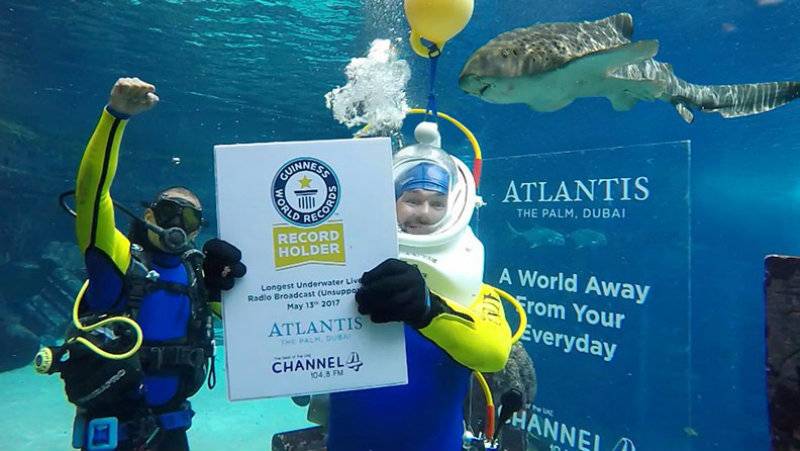 The 104.8 Channel 4 radio host Stu Tolan smashed the current record by broadcasting live from the bottom of The Ambassador Lagoon at Atlantis, The Palm for a total of 5 hours, 25 minutes and 25 seconds, according to the Gulf News.

Submerged in the 11 million litre marine habitat at a depth of 2.9 metres, the record of 4 hours, 43 minutes and 54 seconds was broken in one of the top ten largest aquariums in the world at just over three million gallons, said a statement from Atlantis, The Palm. 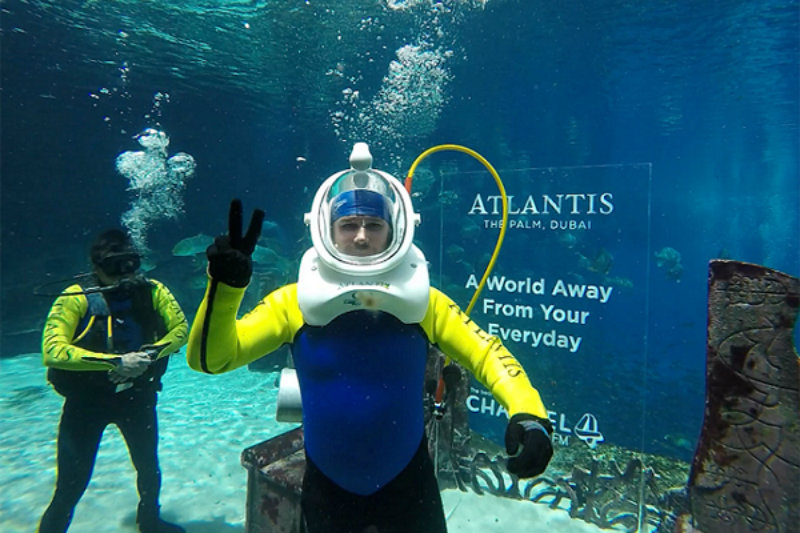 Guests watched the scene through the 10 metre-long and 70cm thick viewing pane.

To beat a previous Guinness World Records title, which totalled 4 hours, 43 minutes and 54 seconds, the radio show used specialist gear. Tolan wore a ‘Sea Trek’ helmet to allow for both breathing and a clear live radio transmission from underwater. 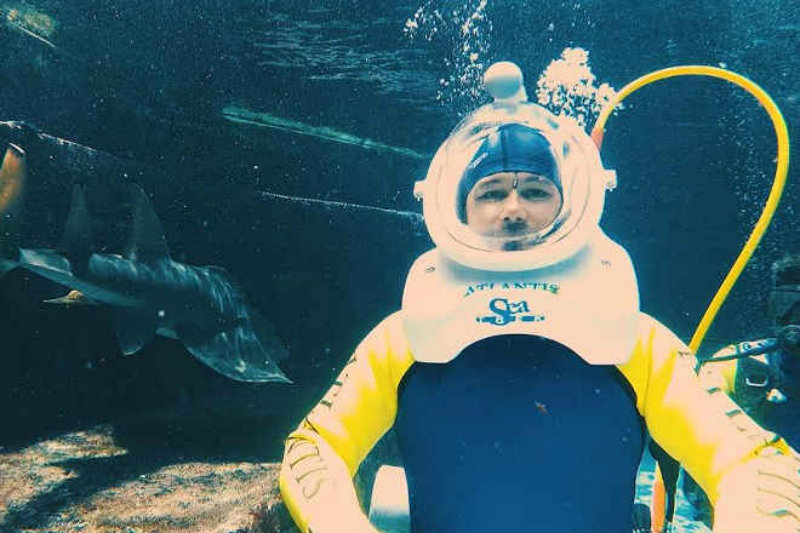 The helmet featured a “tri-view” lens which gives the wearer clean, undistorted view of the lagoon. Organisers reported that the broadcast went smoothly.

With the official Guinness World Records judge verifying the record from the top of the lagoon, the rules stipulated that Stu had to broadcast live and fully submerged for the whole time.

This required a total of 11 air scuba-tank changes to be made underwater by the six-man dive support team.

Throughout the broadcast, shows included interviews with a renowned South African diver and an amputee who later went on to receive a professional diving qualification. 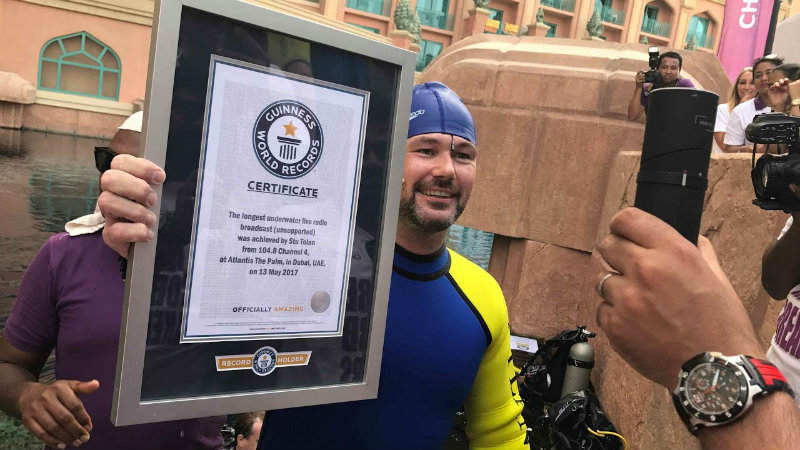 “I have been lucky enough to participate in some incredible stunts during my radio career, but this was truly an amazing challenge and attempting a Guinness World Records title is a total world away from my every day,” said Tolan.