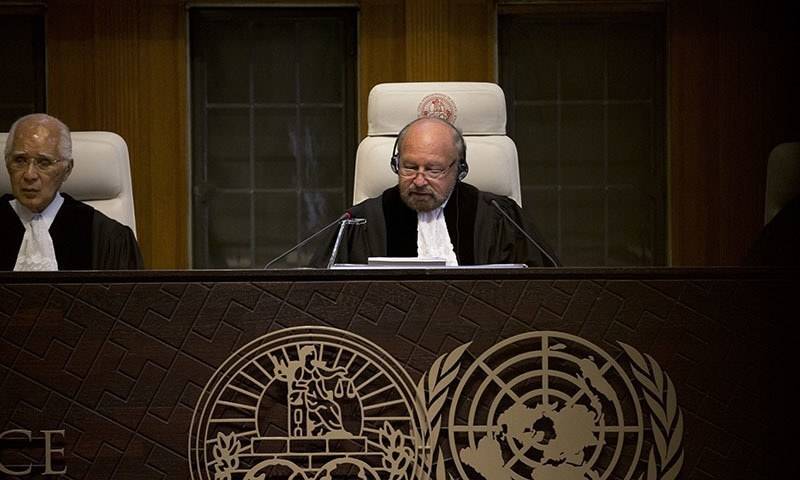 Of late India is celebrating the ruling of the International Court of Justice (ICJ) wherein it has stayed the execution of Kulbhushan Jadhav till a final verdict is made. India is terming it their victory, while Pakistani authorities are arguing that ICJ does not have jurisdiction over this case and its decision is not binding on Islamabad. At a time when Pakistan’s focus was on the jurisdiction of the ICJ, India played its cards well and extracted a favourable verdict. According to the ICJ ruling, Pakistan has been asked to take all measures at its disposal to ensure that Mr Jadhav is not executed pending the final decision in these proceedings.

Yadav was captured in March 2016 in the Baloch town of Chaman. He had assumed the alias of Hussein Mubarak Patel while operating within Pakistan, but curiously even this assumed identity was linked to a forged Indian passport rather than that of any other nationality. In another curious development, after his arrest, rather than disavowing the man completely as is usual when a spy is caught operating in foreign territory — New Delhi admitted that the captured Indian national had been a commander (equivalent of a Lieutenant Colonel) in the Indian Navy but had not been affiliated with it for a number of years. The statements made by Yadav in a recorded video were purported to be ‘voluntary’, and included a series of sensational claims whereby the captured ‘spy’ admitted to fomenting terrorism in Balochistan and Karachi on behalf of India’s Research and Analysis Wing (RAW).

After the ICJ’s ruling, it seems that there is a tacit tussle over the Yadav issue between the military and civilian leadership. Questions are being raised about Pakistan’s handling of the matter at The Hague. The military authorities had celebrated Yadav’s arrest, asserting he is a serving RAW officer, who was arrested in connection with charges of espionage on Pakistani soil. Deeming Yadav’s confession a proof of India’s interference in Pakistan and evidence of “state-sponsored terrorism” — the civilian government was asked to take up the matter on all relevant international forums and prove India’s nefarious design in the region but Islamabad has apparently failed to receive a favourable response that resulted in the announcement of a death sentence to Yadav by a military court.

Now there are certain implications for Pakistan if it goes with the military court’s decision of executing Yadav. The first thing that calls for clarification is whether the authorities procured all information from Yadav or whether they have been hasty in deciding to execute him? Second, can the government afford ICJ’s wrath over non-compliance with its verdict? Third, fingers are being raised at Pakistan’s ability to take up the issue at the international level, confirming the suspicions and conspiracies of many that most of the terrorism (or even political disharmony) in Pakistan is a consequence of foreign activity. But what cannot be denied is the fact that the Pakistani forces have definitely captured an Indian spy operating inside the country. That an Indian spy is found in Pakistan is certainly no shocker — if anything it is a reminder that the deadly proxy wars these two neighbours like to engage in are likely to continue for the foreseeable future. It is high time that both sides bring to an end to such manoeuvrings and draw up a new outline to work on the prospect of establishing peaceful relations.