All the children we are now bombing, what if they weren't Muslim?

What if we take Islam out of the equation and give them another religion like Scientology or something. Will that make the world safer? 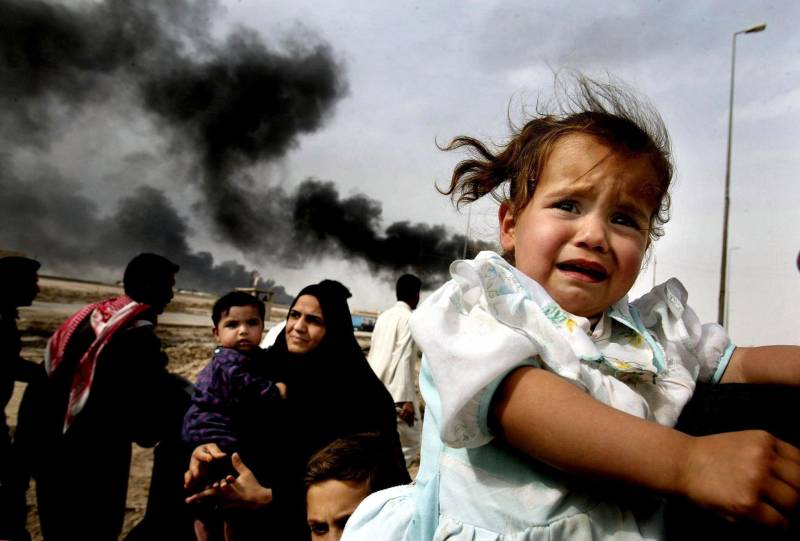 How comforting must it be for the French pilots to know that all the children they're now bombing in Syria will never grow up to be 'terrorists'. A few years ago the French were bombing Libya. They were not only bombing Libya they were also giving weapons and ammo to some people they called 'Libyan Rebels'. The 'Libyan Rebels', terrorists, by any definition of the word, were armed, financed, backed, and supported by France, EU, USA, and the Arabs against Gaddhafi who is now dead. They bombed Libya and put these people in place. They removed Gaddhafi and put these people into place because that is all they wanted to do. They said they were doing it for the freedom of Libya, is Libya free now? It must be comforting for the citizens of all these countries to know what they have done to Libya.

Then it was Syria's turn. They gave weapons, training, ammo, funding, trucks, rocket launchers, balaclavas, uniforms, equipment to all these groups in Syria and told them to bring about a revolution to 'remove Assad'. Accidentally, and what a historic accident this has been, accidentally, most of these weapons 'ended up' in the hands of ISIS. You know all these Toyota Trucks these ISIS guys ride around in? Where did they come from? It turns out these were the 'non-lethal aid' given by the West to 'Syrian Rebels'. 'Syrian Rebels' who art not terrorists blessed be thy name etc.. So this 'aid' 'ended up' in the hands of ISIS. In this story though, a lot of things 'end up' where they're not supposed to, or are they? It is easy to get confused.

So, as we speak, the French, with a renewed enthusiasm, are bombing Syria. They say they are bombing ISIS in Syria. One might wonder what ISIS looks like from the sky. How can they tell the difference between ISIS and 'Syrian Rebels' from all the way up? Surely they are not bombing any village that they believe is suspicious. Could it be that they are bombing an already war-torn pile of rubble with houses full of women, children, old men, and cripples who could not escape?

They (America, NATO etc) are also bombing Iraq. They are bombing places that they have bombed before believing, perhaps, that they haven't bombed them enough. As if all the previous bombing that Iraq has received has failed to do the job because it just wasn't enough.

They say ISIS attacked France in the name of Islam and they may be right.

In whose name were Iraq and Libya bombed? In whose name were weapons given to the 'Libyan Rebels' and the 'Syrian rebels'? In whose name is Syria and Iraq being bombed now? Was in not for Freedom and Democracy? Hundreds of thousands of people have been killed since 2001 in the name of Freedom and Democracy. Maybe a lot of these people deserved to be bombed in the name of Freedom and Democracy. But what about all those people who did not deserve it, people who were killed unfairly, who ended up in Guantanamo, Bagram, Abu Gharaib without a hearing, whose jobs, livelihood, culture was destroyed in days, who saw their parents, children, siblings and friends blown to unrecognizable bits.

There is one ugly but effective way out. If these places have to be bombed then I hope they bomb them good, make sure that all children in these places are killed because if they are allowed to live all they will want to do is attack places like Paris again, it won't matter in whose name. And then everybody who doesn't really know about 'Syrian rebels' and 'Libyan rebels' and 'cluster bombing' and the ugliness of 'regime change' and the true nature of 'Freedom' and 'Democracy' will have to change their Facebook profile pictures in solidarity, thinking 'Scientologists hate us for our freedom and democracy'. Ironically, they will be right.