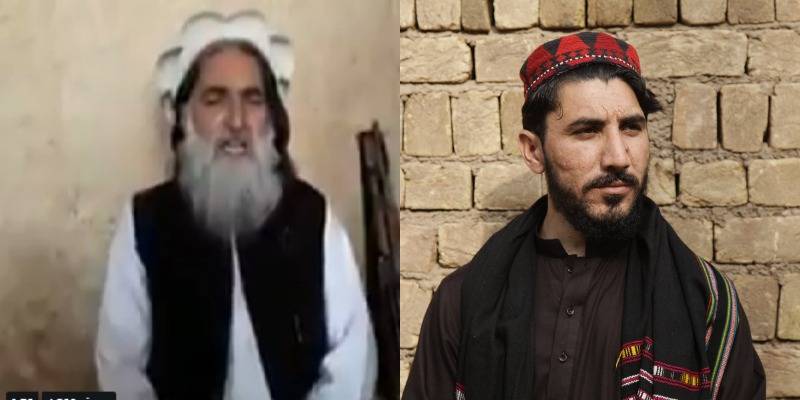 In a video message circulating on social media, TTP's South Waziristan deputy, Azmat Mehsud, assured Manzoor of full support, saying he [PTM chief], who used to speak harsh words against Pakistan Army, was raising their voices against the alleged oppression.

It is the TTP which is involved in attacking Pakistani forces and civilians on multiple occasions, leaving thousands dead. The banned group has itself claimed responsibility for the deadly attacks, including APS attack, Wagah attack, in the country. And coming out a statement in favour of the PTM from the designated group raises eyebrows over the credibility of the latter.

He said, "We are with you against these oppressors," besides advising him, "Don’t get tricked or distracted now". Azmat Mehsud went on to say, "And we stand behind these friends (PTM) who are raising their voices for prisoners".

Citing religious sayings, the commander of banned terror outfit has motivated the PTM to continue agitation. He said, "...this PTM movement deserves all the reward for raising their voice for our prisoners".

Starting in 2014 with a demand of removing landmines from Waziristan, the PTM or the Pashtun Protection Movement, formerly called the Mehsud Tahafuz Movement, rose to prominence in January 2018 when it began a justice movement for Naqeebullah Mehsud, who was killed in a staged encounter by Karachi police during the same month.

But with the passage of time, the PTM's demands increased in April. Pashteen, who repeatedly used hard words for the army which restored peace in the Federally Administered Tribal Areas (FATA) by fighting against Taliban and other militants, demanded; removal of landmines, information about missing individuals.

Pakistan is unfortunately in a war zone and it is just recovering by defeating terrorism. Alike tribal areas, army check posts are present in many other major cities in order to keep an eye on miscreants.

The army pickets, which are being portrayed as humiliation by the PTM, have been placed for the safety of the citizens.

In an April's rally,  the PTM head said, "We have to identify the place that destroyed us," adding, "It is GHQ!", referring to the army's general headquarters in Rawalpindi.

Initially, in response to PTM propaganda, Pakistan’s armed forces did not give any statement. Later, Chief of Army Staff General Qamar Javed Bajwa without naming the organisation categorically stated that engineered protests would not be allowed to destablise  Pakistan.

As the video surfaced on social media, users slammed the PTM for spreading the agenda of the non-state actors. Some users called it an Afghanistan-based movement being run to defame Pakistan Army.