Who is this Pakistani diplomat eating and licking his fingers during Ramzan at the OIC summit? 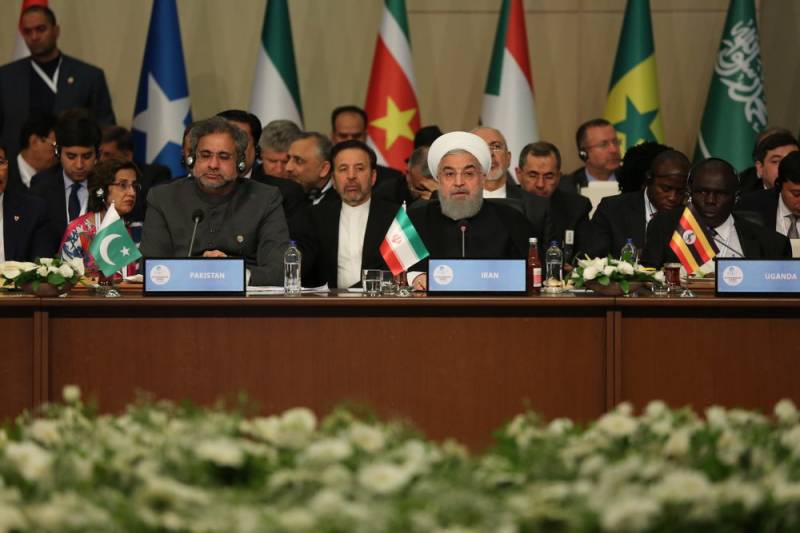 LAHORE - Pakistan's law minister has been inviting ire of Muslims, especially Iranians, after he was caught snacking and licking his fingers during President Hassan Rouhani’s speech at an extraordinary summit of the world’s top Islamic bloc last week.

Barrister Zafarullah Khan, who was seated behind the Iranian leader, can be seen eating dates and drinking sweet syrup in a video, shared by an Iranian news portal Entekhab News, which is making rounds on social media.

It was, however, unclear whether Khan who also enjoys the status of the Special Assistant to Pakistan’s Prime Minister for Legal Affairs, broke his fast for Ramazan before every other participant or he took his seat just after Iftar (meal after sunset).

The minister, who was earlier confused as a diplomat by the Iranian media, was part of the Pakistan delegation to the Istanbul summit that was convened by Turkish President Erdoğan on Friday to denounce the Israeli violence that killed at least 62 Palestinians during mass rallies on May 14 in the besieged Gaza Strip.

Last December, PM Shahid Khaqan Abbasi appointed him as the country’s new law minister. His appointment follows the voluntary resignation of Zahid Hamid, who stepped down as minister following the deadly clashes and an army-brokered peace agreement between religio-political protesters and the federal government in the same month. 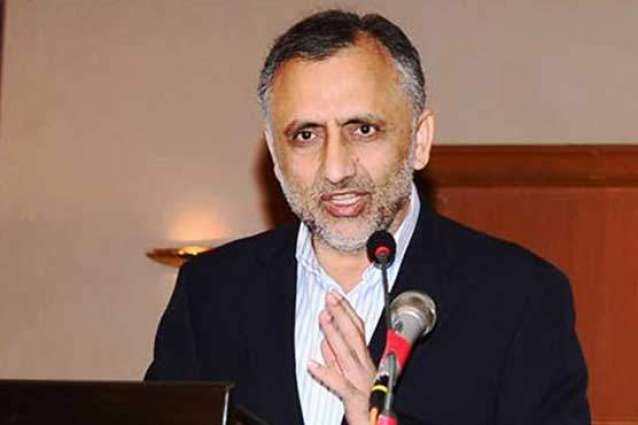 Khan, a lawyer by profession, was appointed as the special assistant to Prime Minister of Pakistan Nawaz Sharif for human rights division with the status of minister of state in 2015.

Soon after his video went viral on Twitter, Iranians gave a mixed reaction towards the minister's actions:

Muslim nations last week condemned Israel and the inauguration of the American embassy in contested Jerusalem as a "provocation and hostility against" the Islamic world, while Turkey's president called for action, including a peacekeeping force.

A final communique from the Organization of Islamic Cooperation summit in Istanbul "reaffirmed the centrality of the Palestinian cause" after Turkish President Recep Tayyip Erdogan, the rotating term president of the OIC, called an extraordinary summit.

ISTANBUL - A summit in Istanbul of Muslim heads of state has called for the creation of an international peacekeeping ...

The prime ministers Pakistan, Palestine and Kyrgyzstan took their place at the meeting, while Uzbekistan, Algeria and Sudan were represented at the parliamentary and senate level.

Over 340 national and international accredited press members covered the meeting.

In his speech, Iranian President Hasan Rouhani called the Trump administration a dangerous threat to global peace and security. Rouhani said Muslim nations should consider revising political and economic ties with the US, and called on the international community to cut ties with Israel and boycott it through trade.

"If Israel faces a united front of Islamic nations, it will never be able to continue its crimes," the Iranian president said. He cited the example of the "new and young generation of Palestine who is aware of their rights and has no intention to withdraw or compromise."

Earlier at the summit, the Turkish president likened Israel's actions in Gaza to the Holocaust, saying: "The children of those who were subjected to all sorts of torture in concentration camps during World War II are now attacking Palestinians with methods that would put Nazis to shame."

Pakistan has called for an independent and transparent investigation of violence in Gaza. While condemning the human rights violations by the occupying Israeli force, PM Abbasi reiterated support of the people and Government of Pakistan for the establishment of a viable, independent and contiguous state of Palestine.