Hira and Mani will be sharing screen for Eid telefilm 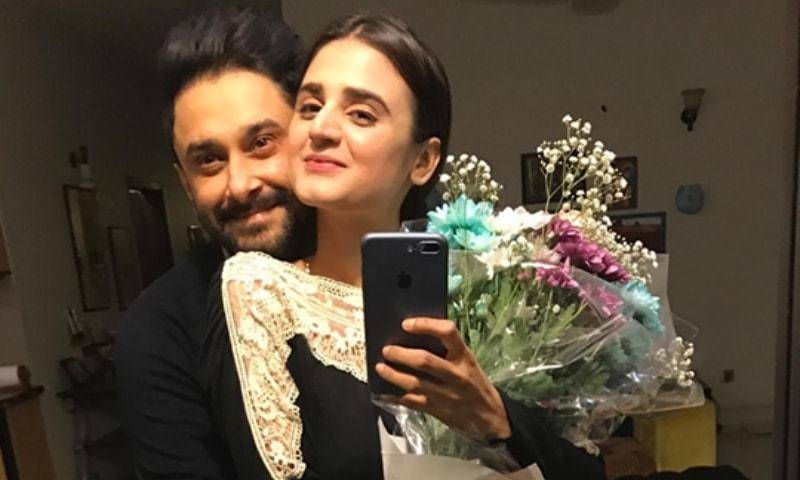 KARACHI - Pakistani TV stars Hira Mani and  Mani are undoubtedly one of the most-loved couples on the scene and are ready to pair up once more for a telefilm.

The duo was last seen in the horror-thriller drama Bandish, which garnered rave reviews all over. As for the upcoming telefilm, the director Erum Binte Shahid deemed it a very fun project in a conversation with Dawn Images.

“Hira Mani is playing Annie and Mani is playing Badr. Mani likes Hira and Hira keeps teasing him, but also has feelings for him,” she revealed. So far, the title and further details are being kept under wraps. However, it is supposed to have an exciting cast of Mehmood Aslam, Behroze Sabzwari, and Asma Abbas, as per the director.

Mani's wife is just as geared up for the project, as she went on to describe her character and the plot. “I’m playing the role of a very feisty girl. I’ve been doing some romantic roles recently, but comedy is what I enjoy the most. She’s a chilled out, fun girl who annoys Mani a lot, just like I do in real life,” she said.

“I think Eid telefilms should be light-hearted and enjoyable. The script is very entertaining, although I can’t reveal much. It’s about a very cute family and how my aunt and I keep all the neighbourhood men on their toes,” she added.

Are you excited to see the real-life love birds again on silver screens together? We are for sure.