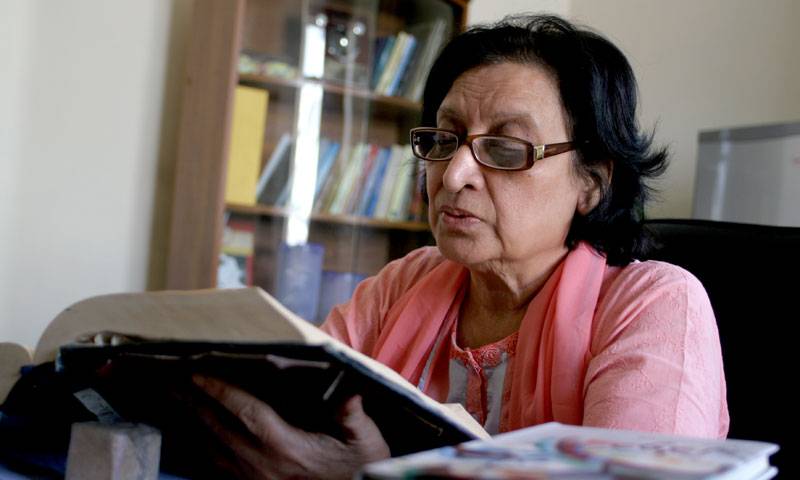 Riaz, a Progressive Urdu writer, poet, human rights activist and feminist of Pakistan, was born on 28 July 1945 in a literary family of Meerut, UP, of British India.

She was the author of Godaavari, Khatt-e Marmuz, and Khana e Aab O Gil, the first translation of the Masnavi of Jalaluddin Rumi from Persian into Urdu.

The poems from her collection Apna Jurm Sabit Hae reflect her homeland's experience under the dictatorship of General Zia-ul-Haq. By reputation, Riaz stands alongside Nazim Hikmet, Pablu Neruda, Sartre and Simone de Beauvoir.

She is survived by three children, one daughter and two sons, from two marriages.