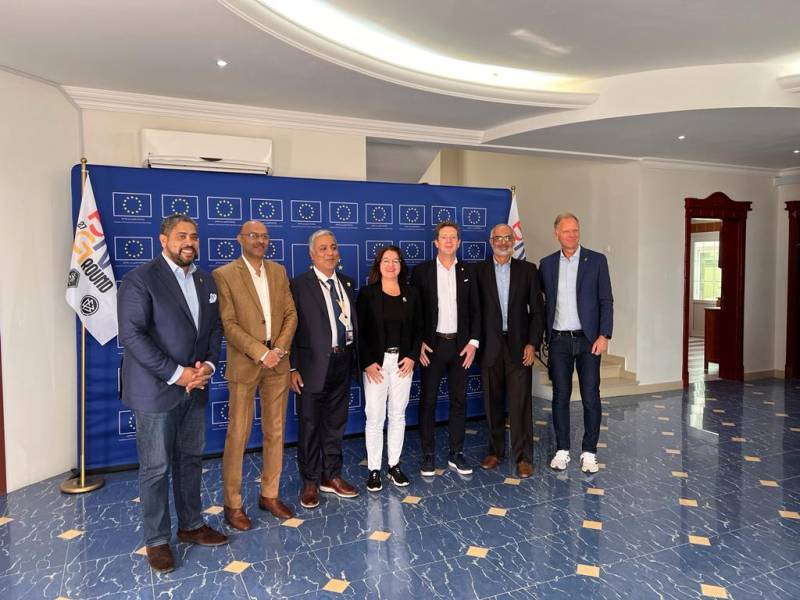 The Pakistan Football Federation (PFF) Normalization Committee met with a joint delegation of the German, Netherlands, and Belgium Football Associations to discuss the areas of common interest and possible technical support from the advanced and developed European football-playing nations.

The Pakistani delegation informed the participants about the people's love and passion for the game, huge fan following of football and international leagues and the immense talent in the country. The women's football development and education programmes in Pakistan also came under discussion.

Haroon Malik said: “We can learn a lot from these countries, which are considered to be the football powerhouses. The bilateral activities with these football giants can help us improve our players and their skills and techniques to do well at a higher level."

The participants of the meeting showed deep interest in Pakistan football and ensured the PFF NC of their all-out support for a better future of Pakistan football. "The good ties with the international community will be beneficial for domestic football in the country," he added.