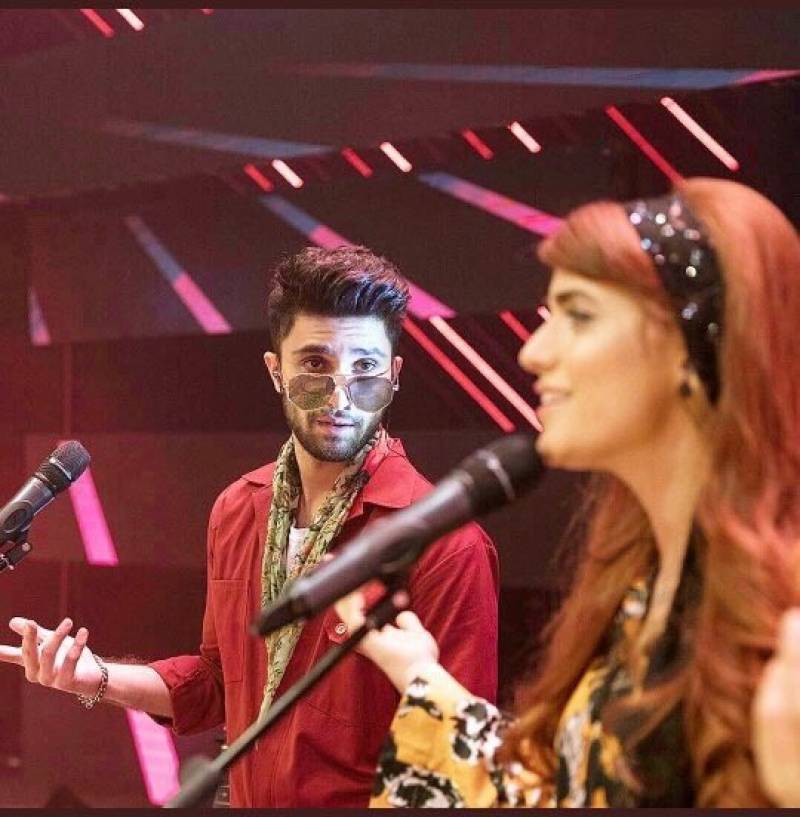 LAHORE - Momina Mustehsan is an established actress. However, Ahad Raza Mir just made his debut as a singer for Coke Studio Season 11. From what we have seen, his first attempt has been rejected with a BIG NO!

#KoKoKorina marks Ahad Raza Mir's debut as he comes together with Momina Mustehsan to re-create this foot tapping dance number from the 60's! #CokeStudio11 pic.twitter.com/SKvs86yAGj

Ahad and Momina tried to recreate the famous 60's song Ko Ko Korina for Coke Studio but fans think they have messed up the song badly and have not done justice at all to the classic.

Even though Ahad looks stylish and confident and Momina is dressed up as a woman the 60's, the video remains to be just a visual treat rather than a treat to the ears, it is far from that.

Ahad's voice is great, no doubt. But only the voice could not work magic for Ko Ko Korina.