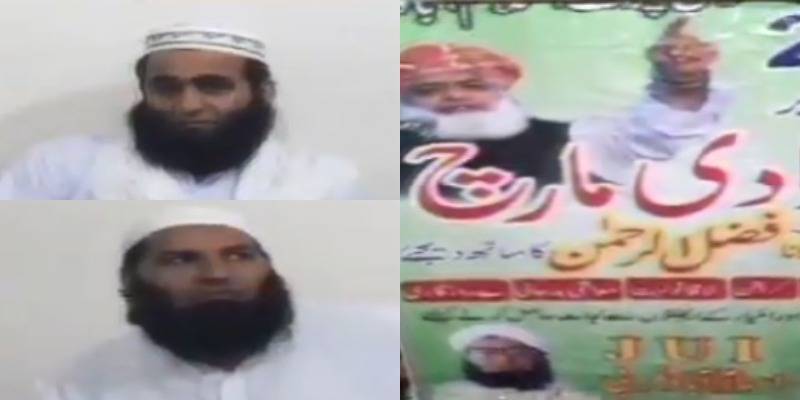 Maulana Shafiq-ur-Rehman and Maulana Muhammad Irshad were arrested from Shams Colony when they were putting up banners for the JUI-F sit-in by violating Section 144 imposed in the area.

Police have registered a case against the JUI-F leaders, alleging that both were urging people to participate in the Azaadi March against the government of the Pakistan Tehreek-i-Insaf.

Earlier,  it was reported by Geo News that the government had decided in principle to prevent the JUI-F's sit-in (dharna) in the federal capital even if it had to detain the top leadership of the JUI-F.