Queen of Melody Noor Jehan remembered today on her birthday 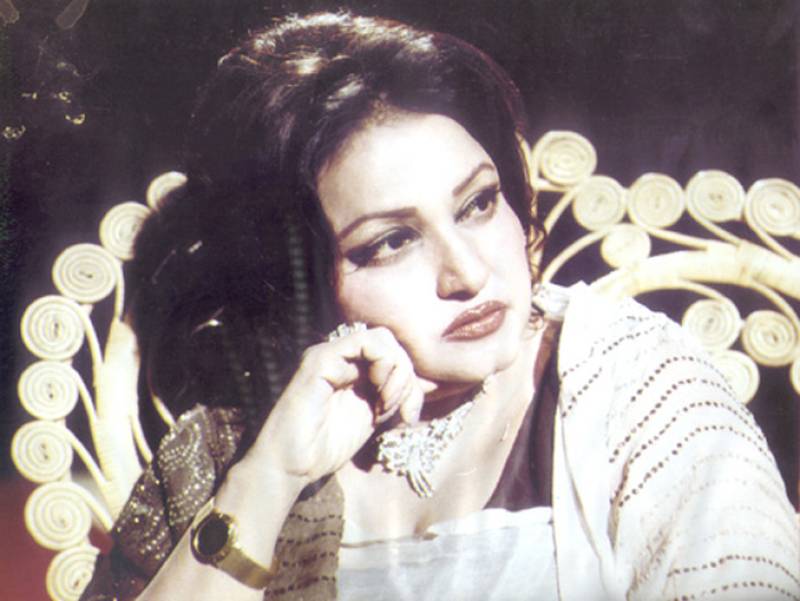 LAHORE - Better known by her honorific title Malika-e-Tarannum, Noor Jehan is being remembered today on her Birthday.

Born with the name of Allah Rakhi Wasai in Kasur to a family with music traditions, Noor Jahan received musical training at an early age.

She sang more than 10,000 ghazals and songs in various languages including Urdu, Hindi, Punjabi and Sindhi.

She moved to Lahore from Bombay after partition, and started her film career in Pakistan as actress, singer and the first female film director with film ‘Chann Wey’ in 1951. Her last film ‘Ghalib’ was released in 1961.

She received many awards‚ including the highest Pakistani honour in entertainment‚ Tamgha-e-Imtiaz (The Pride of Performance) in 1966.

Lata Mangeshkar commented on Jehan's vocal range that Jehan could sing as low and as high as she wanted and that the quality of her voice always remained the same. "Singing was,for Jehan, not effortless but an emotionally and physically draining exercise," She added.

Malika-e-Tarannum’s national patriotic songs, during 1965 Pak- India War, are an important part of our national history. Her songs like 'Ae Puttar Hattan Tey' and 'Ae Rah-e-Haq Ke Shaheedon' are most remembered on the occasions like Defence Day.

Noor Jehan died on December 23, 2000 in Karachi as a result of heart failure.