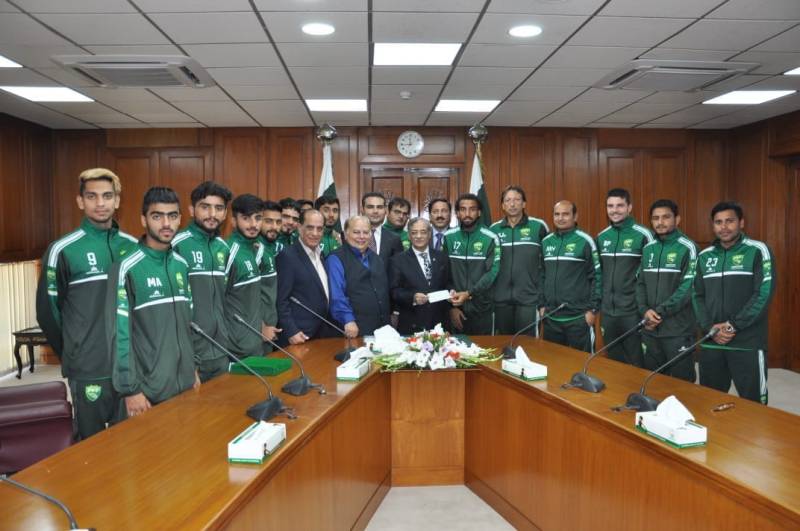 A cheque of Rs1.2 million amount, which the football players won in SAFF Championship after a period of three years, handed over to Chief Justice of Pakistan Mian Saqib Nisar in a meeting attended by PFF vice president Naveed Haider and players.

The chief justice thanked the team for donating their winning prize to the dams fund.

The football federal has been facing financial crunches and internal clashes since long, causing decline of the game in Pakistan.

However, the membership was reinstated in March 2018 with FIFA saying: "...the suspension of the PFF is lifted with immediate effect. This means that all of PFF’s membership rights have been reinstated, as defined in art. 13 of the FIFA Statutes, with immediate effect. Consequently, PFF’s representative and club teams are again entitled to take part in international competitions.”