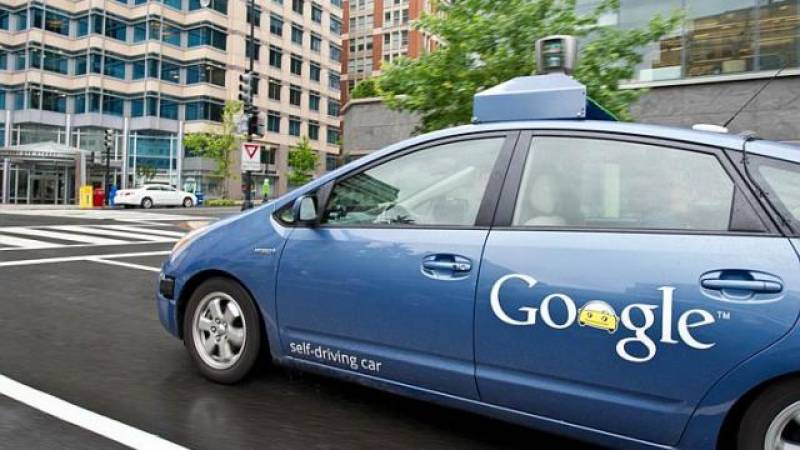 "The technology works. It's not far away," said Kurzweil, though he was not prepared to say just when self-driving cars will become a common sight.

"Google advised me to share with you they don't know the answer... The technology is not going to be introduced until it's ready."

The need and value of autonomous vehicles is clear, he told hundreds of the industry's top engineers.

"Google cars have gone close to a million miles without incident," he said.

"Some day an autonomous car will cause an accident and it will be big news. But while we've been talking several people have died from human drivers."

Autonomous cars "are ultimately going to save millions of lives," he said, noting that traffic accidents kill 1.2 million people worldwide a year now.

"They also provide more efficient use of roads and parking lots. There are a lot of benefits."

But he said Google was not going to let its self-drive cars into the market "until they're safe."

"They have to be much more reliable than the technology they replace."

The appearance of the original Google Car prototype touched off a race among the world's automakers.

Ford, Mercedes-Benz, Volkswagen and Nissan have set up engineering centers near Google's headquarters in Silicon Valley to focus on self-driving technologies.

"But the Uber model with self-driving cars will become very popular. We should share our cars. I think that model will grow when we have autonomous cars.

"Every company has to reinvent itself. Not everything is predictable."

Kurzweil said that until now the transportation industry, including the automobile business, has not been considered part of the digital world.

"But we see information of every kind coming into every form of transportation," he added.

At the same time, the price of digital information is dropping dramatically.

Kurzweil said disruptive technologies become feasible at different times. Search engines, such as the one developed by Google, became practical in the late 1990s because of the exponential growth in computing power.

If you tried to build a search engine after that you "missed your opportunity," he said. "But if you are running a business you can anticipate when changes will occur."

"There is one is one aspect of the future you can predict reliably," Kurzweil added.

"The price performance and the capacity of information technology follows a very predictable path and that path is exponential, not linear."

As for slower-moving technologies like batteries -- the key to more electric cars -- he predicted longer lasting batteries in 10 to 15 years, at a "more mature phase of nanotechnology where you can manipulate matter on the atomic level."

Other technology, such as solar power, is developing more quickly than many experts expected.

"Solar power is growing exponentially. It's doubling every two years. In many parts of the world, it's reached parity with fossil fuel," Kurzweil said.