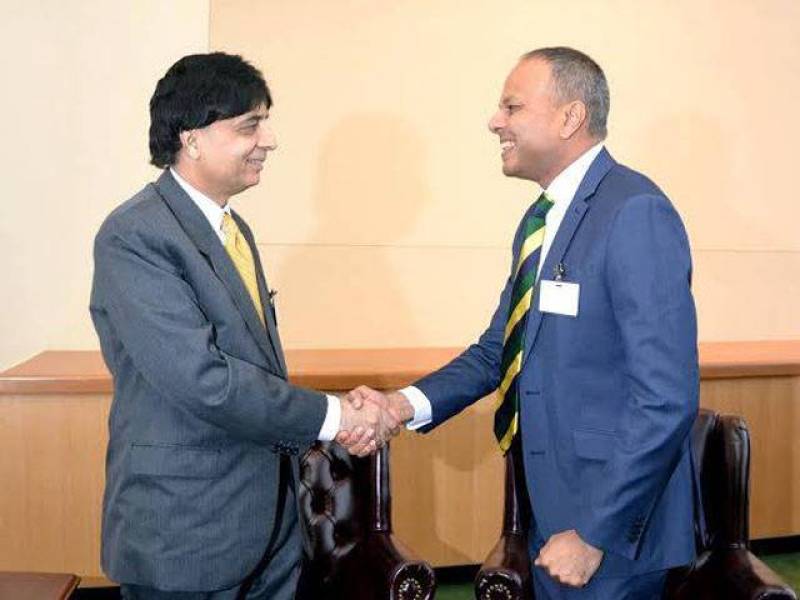 NEW YORK (Staff Report) - Sri Lanka's Minister for Law and Order Sagala Ratnayaka has accepted an invitation from Minister for Interior and Narcotics, Chaudhry Nisar Ali Khan to visit Pakistan as part of efforts to further strengthen relations between the two countries.

The two ministers met on the sidelines of the UN General Assembly's Special Session on the World's Drug Problem.

Nisar is currently in New York as the leader of 7-member delegation to the Special Session at which he spoke on Pakistan's efforts to curb the illicit narcotics trade.

The Sri Lankan minister conveyed the desire of his government to strengthen relations with Pakistan, according to a press release of Pakistan Mission to the UN. He also briefed Nisar Ali Khan about his country's efforts to control drugs.

The General Assembly convened a special session on the world drug problem from 19 to 21 April 2016 at UN Headquarters. The Session consisted of a general debate and interactive multi-stakeholder round tables conducted in parallel with the plenary.

Chaudhry Nisar delivered the national statement at the plenary while other members of the delegation participated in several round-table sessions. The minister and his delegation also attended the concluding session.