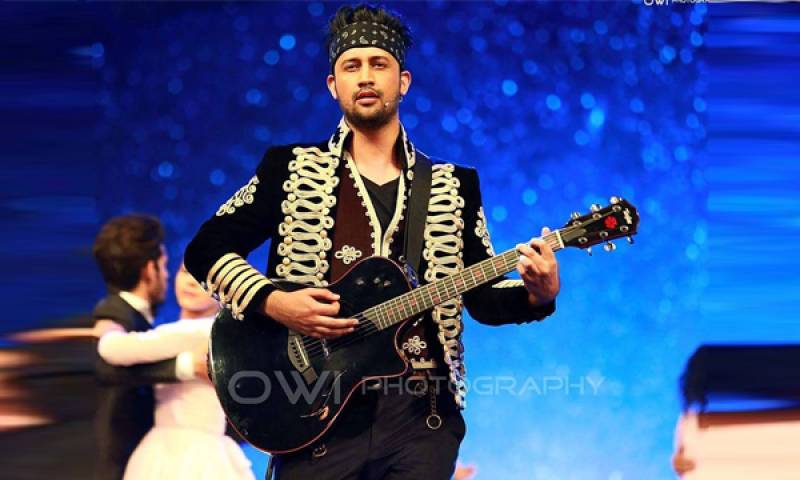 Junaid Jamshed lost his life in an ill-fated and unexpected PIA plane crash near Havelian city of Khyber Pakhtunkhwa, which was on its way to Islamabad from Chitral. His death was untimely and sudden and upset the Pakistani diaspora all over the world. Without a shadow of a doubt, both his long-lived singing career as well as his religious teachings still resonate in the hearts of many people. The LSA 2017 this year was a witness to his legacy. Among the many people influenced by his work was singing sensation Atif Aslam.

During his performance at the LSAs, Atif Aslam moved the crowd by humming to the lyrics of J.J's iconic song "Us Rah Per!" The audience could not help but sing along to the perfect and melodious cover of the tune that was given tribute by the star-studded singer.

Hum Bhee Chalay Us Rah Par.. Jis Rah Par Sub Hei Chalay! The lyrics are bound to make you dewy-eyed and transport you to the nostalgic Vital Signs days of Junaid Jamshed. What a self-made man; Junaid Jamshed you will forever be an inspiration to the world! We will never forget you.