England declare innings at 583 in third Test against Pakistan 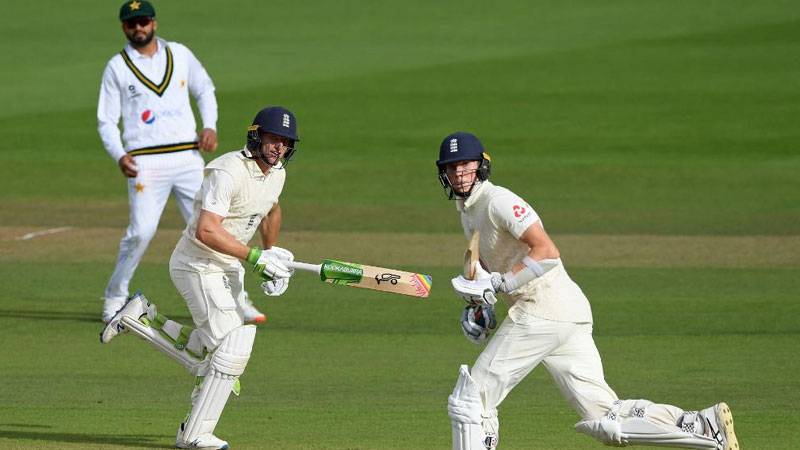 SOUTHAMPTON – England on Saturday declared his first innings at 583 runs for seven in third test match of the series being played in Southampton.

The stunning batting performance by Zak Crawley and Jost Buttler, who jointly shared a partnership of 359 runs, helped England to set a high score for visiting team.

Crawley scored 267 runs by blasting 34 fours and one six while Buttler made 152 runs.

England have a 1-0 lead in the three-match series as the home side won the first Test in Manchester by three wickets. The rain-affected second Test had ended in a draw.