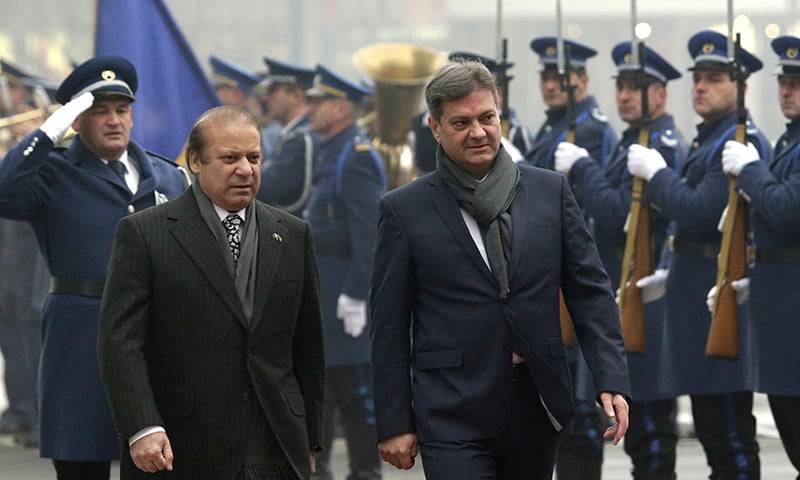 SARAJEVO - Prime Minister Nawaz Sharif still remembers the blast in Bosnia during his previous visit to the country when he first arrived in the region, not as a prime minister.

The PM, who was on a three-day visit to Bosnia, told Daily Pakistan about a blast near the infamous ‘Snipers Alley’ when he was visiting the south-east European nation.

“The first time when I arrived in Bosnia, I was not the prime minister. While I was replying to questions regarding a change in Bosnia, there was an attack near ‘Snipers Alley’ that claimed over 25 lives,” Mr Nawaz Sharif added.

The PM said he was there in the area for a planned meeting when the attack occurred in a fruit or vegetable market.

Nawaz Sharif, who concluded his first visit to Bosnia as Prime Minister on Thursday, said he had first come to the country with United Nations. “It was December and I was accompanied by Senator Mushahid Hussain. We stayed in a hotel which had no electricity. Candles were lit for light, while a bucket full of hot water was brought for a bath,” he recalled.

The Pakistani premier said Bosnian people have seen a lot of violence in their country. He further said that it is not necessary that all countries should enjoy good relations based on economic interests alone. “There are a few countries in the world with which Pakistan shares emotional ties. And Bosnia is one of them,” he added.

Nawaz Sharif said as PM, he tried his best to help the Muslims in Bosnia during the civil war. “Many people in Bosnia can acknowledge my efforts, even today,” he told Daily Pakistan. “Bosnia is the only country in Europe which enjoys a closer relation with Pakistan.”

‘Sniper Alley’ was the informal name primarily for streets Zmaja od Bosne Street (Dragon of Bosnia Street) and Meša Selimović Boulevard, the main boulevard in Sarajevo which during the Bosnian War was lined with snipers' posts, and became infamous as a dangerous place for civilians to traverse. 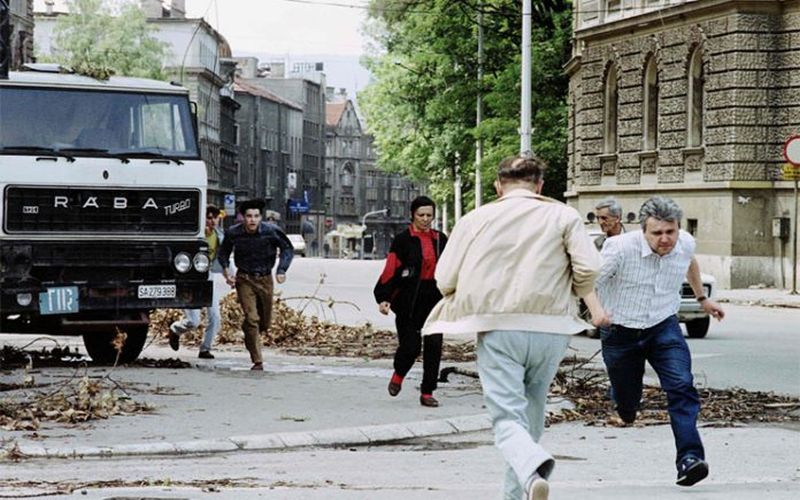 The road connects the industrial part of the city (and further on, Sarajevo Airport) to the Old Town's cultural and historic sites. The boulevard itself has many high-rise buildings giving sniper shooters extensive fields of fire.

Although the city was under constant Serb siege, its people still had to move about the city in order to survive, thus routinely risking their lives. Signs reading "Pazi - Snajper!" ("Watch out - Sniper!") became common. People would either run fast across the street or would wait for United Nations armored vehicles and walk behind them, using them as shields.