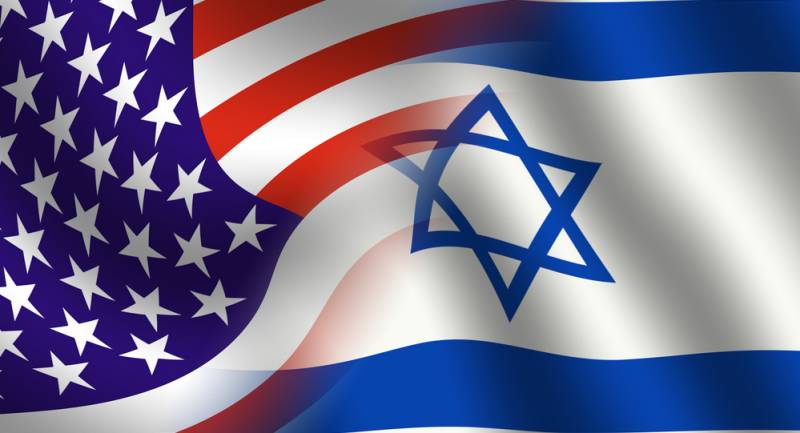 The United States' official position on Israel has been one of 'unconditional' support for the Jewish state, earning the superpower criticism from numerous quarters. The US has provided Israel with advanced weapons and supported it in times of conflict with the Arab world.

The origins of the US-Israel alliance can be traced back to a few major strategic developments in the Middle East back in the 1950s.

In the 1950s, during the Cold War the Soviet Union, under the leadership of Khrushchev, had abandoned its traditional line of treating all non-communists as enemies and started befriending non-communist states as a state policy against western super powers. The Soviet Union also wanted its non-communist allies to purchase weapons from it. This alarmed the US' foreign and defense policy architects as it endangered U.S' influence and strategic power in the 'Near East'.

Egypt was one of the major powers in the Middle East and a useful ally for the US. The Middle East Defense Organization (MEDO) was even to be centered around Egypt. A US National Security Council directive of March 1953 called Egypt the "key" to the Near East and advised Washington to "develop Egypt as a point of strength". But Gamal Abdul Nasser refused to fully comply with US interests unless his country was given a dominant position in the region and the weapons it wanted. Nasser also demanded territorial expansion in southern Israel. These demands were considered harmful to the US' relations with the United Kingdom, France (who were imperial powers in the region) and Israel. Egypt had also fought wars with Israel previously and the US congress made sure that it did not sell any further weapons to Nasser in case of another Egypt-Israel conflict.

According to some reports, the CIA offered Nasser a $3 million bribe to join the proposed Middle East Defense Organization. Nasser took the money, but then refused to join.

After the Eisenhower administration failed to meet the 'beyond idealistic' political aspirations of Gamal Abdul Nasser and calm down the growing hostility between Egypt and Britain, Nasser tried to benefit from the new Soviet policy of giving arms to anti-Western non-communist states. This, he thought, would convince Eisenhower to concede to his demands.

The Chinese Premier Zhou Enlai recommended that Khrushchev treat Nasser as a potential ally. Zhou described Nasser to Khrushchev as a young nationalist, who though not a Communist, could do much damage to Western interests in the Middle East, if used correctly.

Marshal Josip Broz Tito of Yugoslavia, also told Khrushchev in a 1955 meeting that "Nasser was a young man without much political experience, but if we give him the benefit of the doubt, we might be able to exert a beneficial influence on him, both for the sake of the Communist movement, and ... the Egyptian people".

Traditionally, most of the equipment in the Egyptian military had come from Britain, but Nasser's desire to break British influence in Egypt meant that he was in desperate need of a new source of weapons. Nasser had first broached the subject of buying weapons from the Soviet Union in 1954.

He also began to align Egypt with the kingdom of Saudi Arabia—whose rulers were hereditary enemies of the Hashemites—in an effort to frustrate British efforts to draw Syria, Jordan and Lebanon into the orbit of the Baghdad Pact. Nasser struck a further blow against Britain by negotiating an arms deal with communist Czechoslovakia in September 1955 thereby ending Egypt's reliance on Western arms.

Secretary Dulles urged Nasser to set aside his differences with Britain to focus on countering the Soviet Union. Dulles suggested that Nasser negotiate a deal that would see Egypt assume sovereignty over the Canal zone base, but then allow the British to have "technical control" in the same way that Ford auto company provided parts and training to its Egyptian dealers.

Rising anti-western sentiment in the region and the Baghdad July Revolution:

Dulles suggested that Nasser negotiate a deal that would see Egypt assume sovereignty over the Canal zone base, but then allow the British to have "technical control".

After he returned to Washington, Dulles advised Eisenhower that the Arab states believed "the United States will back the new state of Israel in aggressive expansion. Our basic political problem ... is to improve the Moslem states' attitudes towards Western democracies because our prestige in that area had been in constant decline ever since the war".

A rising tide of strong anti-Western sentiment began sweeping the Arab world, which was further reinforced by a resurgent wave of Arab nationalism. The pro-western Hashemite kingdom of Baghdad was also overthrown in the July Revolution and was replaced by a pan-Arab regime of  Abdul Karim Qasim.

The Jordanian Factor and the US' eventual failure to form an alliance:

Arab states and Israel had seemed more interested in fighting each other than in uniting against the Soviet Union. The Secretary of State, John Foster Dulles found, much to his astonishment, that the Arab states were "more fearful of Zionism than of the Communists".

The pro-western Hashemite Kingdom of Jordan of 1950s was the main factor that led the U.S to recognize Israel as an asset and a tool against the Syrian and Egyptian threat to the western regional influence [Hashemite Kingdom of Jordan]. In this case, Israel was the sole guardian of American interests in the region for the defense of few remaining pro-western powers in the region.

After the failure, the U.S changed it's foreign policy and made Israel a "power-balancer" in the region. As the last remaining pro-western Hashemite kingdom of Jordan was being pressurized by Egypt under the leadership of Gamal Abdul Nasser, Israel was made the protector and guardian of the Jordanian monarch, King Hussein bin Talal.

After Israel became the guardian of western interests in the region, new arms deals were made between Washington and Tel Aviv. The US decided to supply the besieged Jordanian monarch with new weapon systems (such as the M-48A Patton tank in 1965 and the F-104 interceptor in 1966) as a means of ensuring his political survival and continued adherence to a pro-Western orientation. This compelled American decision-makers to compensate Israel in kind for any shipment of arms to Amman.

The threat to the very existence of the Hashemite Kingdom provided the Eisenhower administration with concrete and empirical proof of Israel’s usefulness to the defense of the West by virtue of the measures that were taken by Israel in order to prevent the collapse of the embattled Jordanian regime.

UAE-Israel Deal and Options for Pakistan