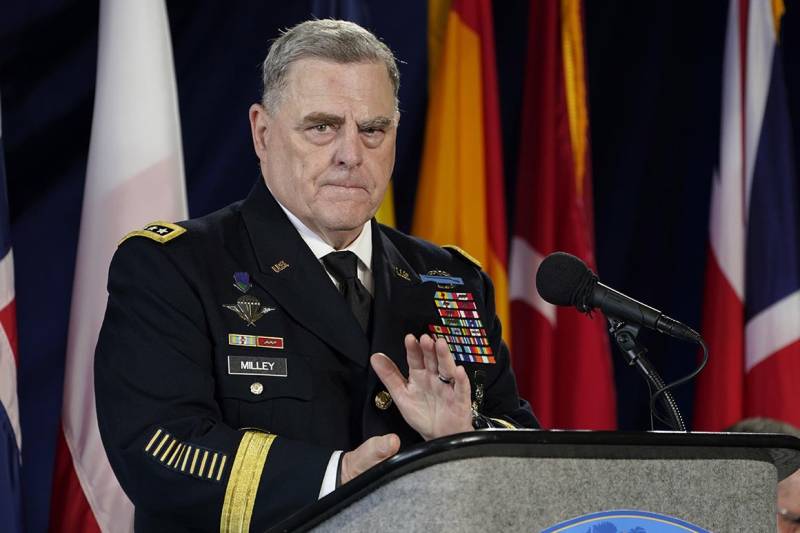 WASHINGTON – The top military commander of the US Wednesday said ‘there are a range of possible outcomes in Afghanistan while a Taliban automatic military takeover, is not a foregone conclusion.’

Joint Chiefs of Staff Chairman General Mark Milley, while addressing a presser with Secretary of Defense Lloyd Austin at the Pentagon, said “there is a narrative out there that the Taliban is winning but the Afghan forces have the capacity to sufficiently fight and defend their country.”

“A negative outcome, a Taliban automatic military takeover, is not a forgone conclusion”, he said adding that “we will continue to support them where necessary in accordance with the guidance from the president and the secretary of defence.”

The insurgent group however had not taken over any provincial capitals, they were putting pressure on the outskirts of half of them, he said.

Though the Afghan army has been trained and equipped by international forces, and estimates show it vastly outnumbers the Taliban's ranks, Milley said numbers are not all it takes to win a war.

ISLAMABAD – US Special Representative for Afghanistan Reconciliation Zalmay Khalilzad on Monday arrived in ...

Earlier, US President Joe Biden while addressing the “never-ending war’ mentioned that a ‘Taliban takeover is not inevitable”. Later, he also warned that “Afghans must come together against the insurgents, and admitted it was ‘highly unlikely’ that one unified government would end up controlling the entire country.”

Meanwhile, the insurgents have advanced rapidly in recent times to take control of the South Asian country - moving towards metropolises.

Turkish President Recep Tayyip Erdoğan has urged the Taliban to stop its occupation of Afghanistan, underlining that ...