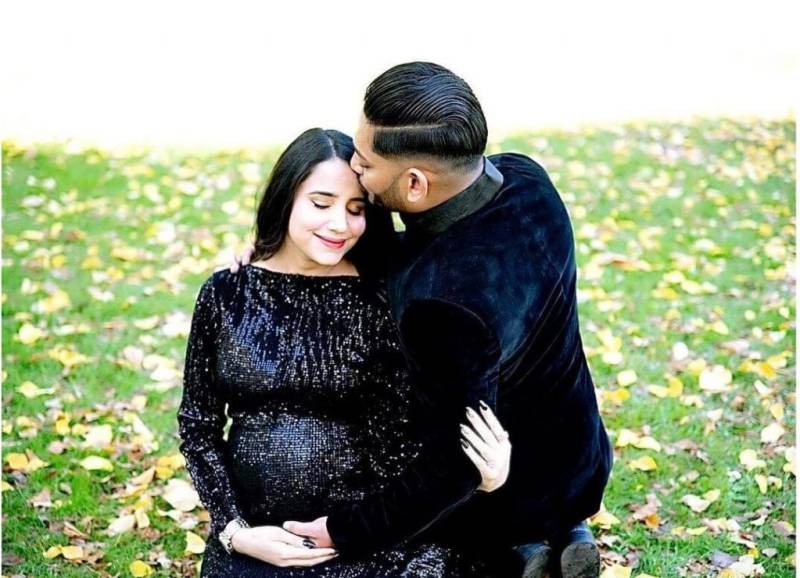 Pakistani actor and host Saniya Shamshad and her husband Hidayat Syed have welcomed their first baby boy on the occasion of Eidul-Adha.

Taking it to Twitter, the Rehaai actor announced the news with a monochrome picture of the newborn’s hand. The tot can be seen holding Saniya’s thumb.

The actor while greeting Eid, announced the news. “Allah has blessed us with a beautiful gift of life, a baby boy”, she captioned the post with a heart emoji.

She has also urged the fans to remember her and the little one in their sincere prayers.

Earlier in May, Saniya surprised fans with her baby bump photo shoot. “We have been keeping a little secret and it’s finally time to share it with the world”, she wrote on the photo-sharing platform.

She tied the knot to Hidayat Syed back in July 2019 and moved to Australia. The 31-year-old actress made her acting debut in Tere Pehlu Main opposite Affan Waheed in 2011. She has starred in several projects namely Sadqay Tumhare, Mein Adhuri, Rashk, and Piya Naam Ka Diya.

Famous Youtuber Zaid Ali and wife Yumna are all set to welcome their first baby, a boy. The couple remains the cutest ...