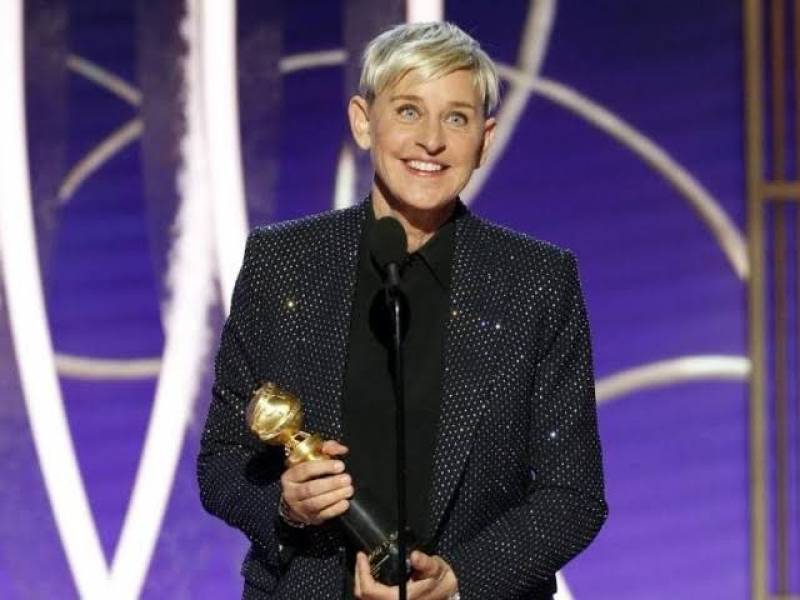 Ellen DeGeneres was honored with the Carol Burnett Award at the 77th Golden Globe AwardsSunday night in Beverly Hills, California.

Kate McKinnonpresented the 61-year-old comedian with the award by thanking her for paving the way for lesbian women in the entertainment industry — including for the Saturday Night Live star.

After McKinnon realized she was gay, she said that DeGeneres' coming-out gave her a "shot" at making it in the entertainment industry.

During her acceptance speech, DeGeneres talk about how grateful she is to inspire those who watch her show.

“All I’ve ever wanted to do is to make people feel good and to laugh, and there’s no greater feeling than when someone tells me that I’ve made their day better with my show or that I’ve helped them get through a sickness or a hard time in their lives. But the real power of television for me is not that people watch my show, but people watch my show and then they’re inspired to do the same thing in their own lives,” she said.

According to the organisation, the award is designed to recognize "an honoree who has made outstanding contributions to the television medium on or off the screen.”