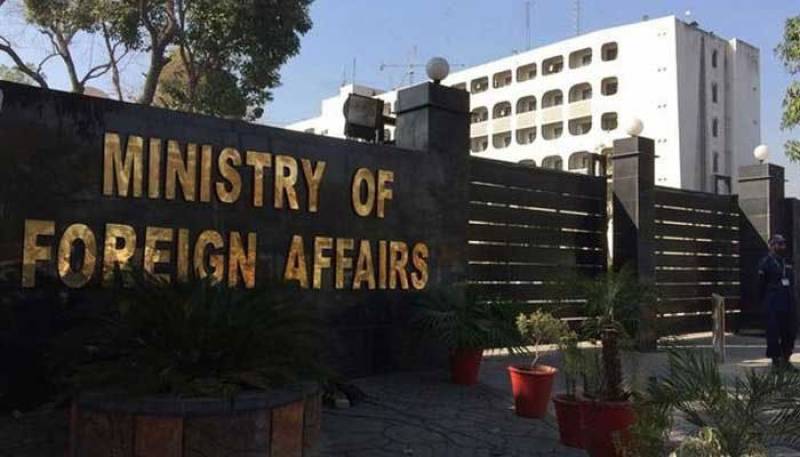 ISLAMABAD – Pakistan on Thursday condemned India for "persecuting" the Kashmiris after Kashmiri leader Yasin Malik announced hunger strike to protest the decision of his life imprisonment by Indian court.

The foreign office in its official statement said that Yasin Malik was denied the right of personal appearance in his ongoing trials.

Malik was sentenced to life imprisonment by an Indian court in May this year after he was convicted of ‘funding terrorism’.

"Once again, India has employed judiciary as a tool to damage the morale of the Kashmiris by making their true leadership a target of flagrant prejudice," said the Pakistani statement.

"Left with no legal recourse and faced with blatant denial of his rights, Malik has taken the desperate decision of going on a hunger strike unto death from 22 July 2022."

"Pakistan ... calls on the international community to take cognizance of India’s inhuman and illegal detention and treatment of Yasin Malik and ensure that the Kashmiris are given the opportunity to exercise their right to self-determination as espoused under the relevant UN Security Council resolutions and as per their own wishes," it added.