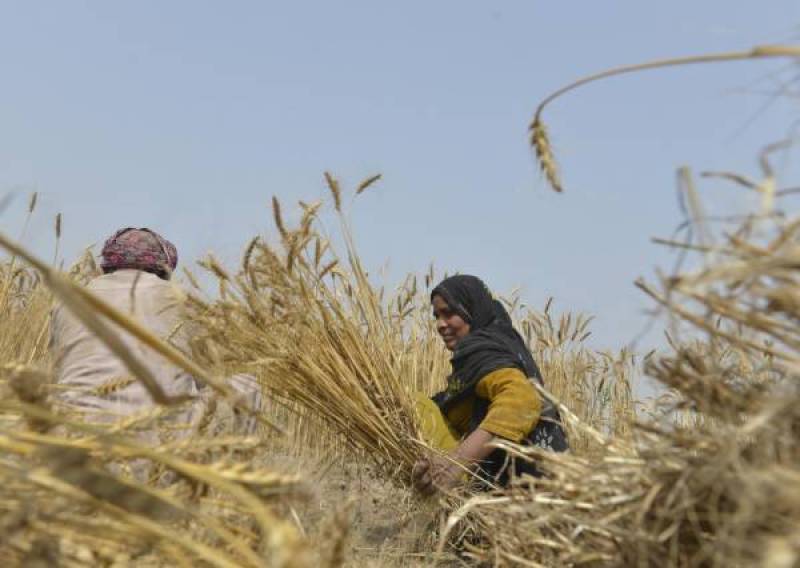 KARACHI (APP) - During current fiscal year (July- May 2015) the commercial banks disbursed Rs 439.8 billion to the agriculture sector, constituting 88 percent of the overall annual target of Rs 500 billion and 31.4 percent higher than disbursement of Rs 334.7 billion made during the corresponding period last year.

According to the data released by the State Bank of Pakistan on Monday, the outstanding portfolio of agri. loans has also surged by Rs 43 billion or 15.5 percent i.e. from Rs 277.1 billion to Rs 320.1 billion at end May 2015 as compared to same period last year.

Fifteen domestic private banks collectively disbursed Rs 91.2 billion or 78.9 percent against their target of Rs 115.6 billion. Eight Microfinance banks have disbursed Rs 27.8 billion or 98.8 percent of their annual targets. It is pertinent to mention that the four Islamic banks as a group have already surpassed their annual targets by disbursing Rs 4.7 billion against the target of Rs 2.3 billion during the period under review. The group wise performance of banks during the period (Jul- May 2015) is summarized in following table:

Amongst the five major banks, HBL has achieved 98.8 percent of its annual target, ABL achieved 95.6 percent, MCB 91.1 percent, UBL 85.1 percent while NBP could achieve 84.1 percent of its individual annual target. Under the specialized banks category, ZTBL disbursed Rs 78.7 billion or 87.4 percent against its target of Rs 90.0 billion while PPCBL disbursed Rs 8.1 billion i.e. 70.4 percent against its target of Rs 11.5 billion during the period under review.