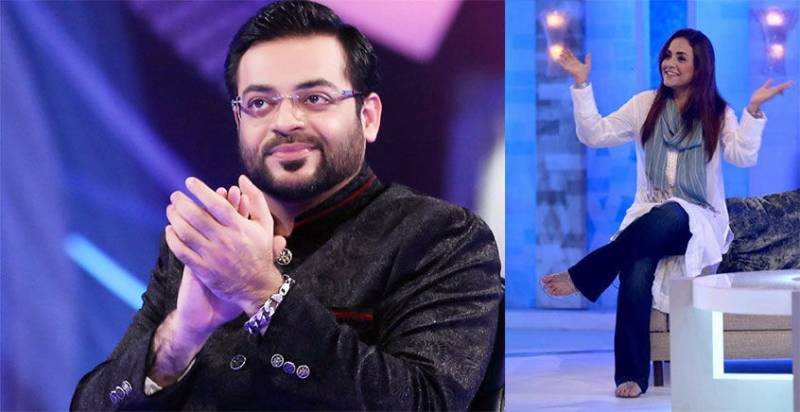 Aamir Liaquat's Game Show Aisay Hei Chalay Ga on Bol has been the talk of the town ever since its pre-Ramazan hype created by show producers and alike. With prizes that not even Jeeto Pakistan could top, we can easily say that the game to achieve the highest TRP's just got tougher!

However, the holy month of Ramazan is just coming to an end and nobody has won a plane yet from the Bol game show. Recently, Nadia Khan made an appearance on Sanam Baloch's Ramazan transmission with a few passing remarks on the popular game show that was aired during the month.

Nadia made a reference to Dr Aamir Liaquat's Jahaaz legacy taking a hit at the host and presenter, saying:

Madiha Iftikhar also joined in on the conversation and jokingly added,

Sanam Baloch added that despite Aamir Liaquat's promises of giving out planes on his show nobody has received a plane on his show in all this time.

The former queen of morning shows, Nadia Khan insists that she would love to have a plane of her own that could help her with her frequent traveling and visits!