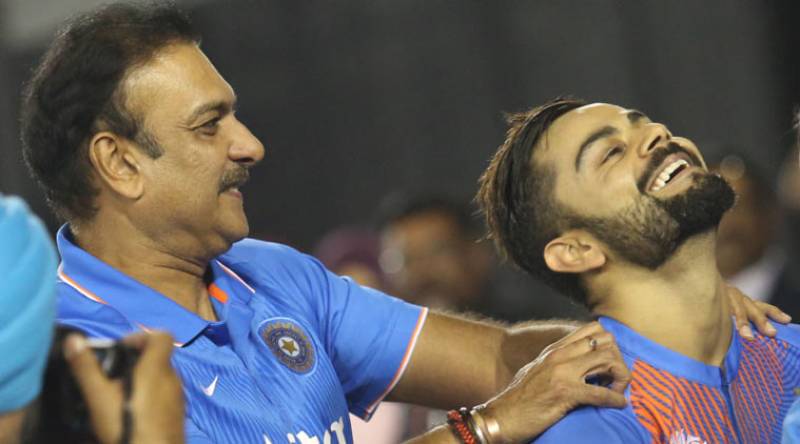 NE DELHI - Former Indian cricketer and renowned commentator Ravi Shastri has sought a guarantee of selection from Board of Control for Cricket in India (BCCI) as the next coach of the Indian team before formally applying for the post, it emerged on Thursday.

As the management of Board of Control for Cricket in India (BCCI) is witnessing a major shake-up after the separation of Anil Kumble following the debacle against Pakistan in Champions Trophy Final, several names have popped up for the most sought after post from Dodda Ganesh to Virender Sehwag.

However, it is being murmured that BCCI has sought to enlist the help of Virat Kohli's favourite, Ravi Shastri to steer the Indian team back on track for which a request has been made.

Sources privy to the developments divulged that Shastri has responded by seeking assurance that he would be okayed as coach before formally submitting an application.

"It's no secret that skipper Virat Kohli wants Shastri back at the helm and Shastri was spoken to so that he applies for the interview process, but the former team director isn't willing to be in a position where his claim is rejected again," said a source from the BCCI.

"He has made it clear that he will speak to the BCCI or CAC on this matter only if he is given a guarantee that he will be handed the job. There is no question of joining a queue and hoping that he is considered for the post," he added.

It bears mentioning that the Indian team is currently touring West Indies after they lost to Pakistan in a high-octane encounter of Champions Trophy final by a staggering 180 runs.

The fiasco ignited celebrations in Pakistan but led to the resignation of former spin bowler Anil Kumble as  head coach.

“I was informed for the first time yesterday (Tuesday) by the BCCI that the captain had reservations about my ‘style’ and about my continuing as the head coach,” he wrote in a statement released on social media.