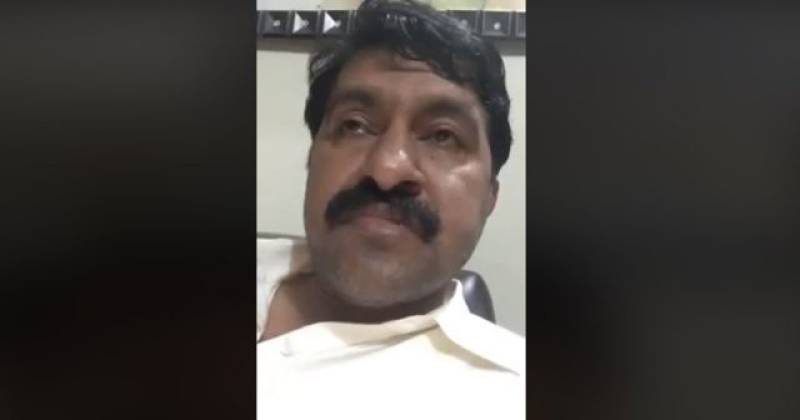 KARACHI - In another instance of fake news being spread through social media, a man was revealed as dead in a morgue was still alive and in a bid to prove that he beat up a journalist allegedly involved in spreading the news about his death.

Muhammad Saleem Jokhio, who got fame through video addressing Pakistan Peoples Party (PPP) Chairperson Bilawal and bitterly asked him to take action against his party leaders who allegedly took bribes for postings and transfers and became millionaires by selling lands to Bahria Town and DHA was under an impression that he might have been killed because of the allegations he levelled against the PPP leaders.

On June 20, Jokhio, a former official of the local government in Sindh, in a bid to prove that he is still alive and kicking, attacked a journalist Saami Memon in Malir Press Club, with the help of his friends, on the account of allegedly spread the fake news about his death on Facebook. Ironically, this information also emerged after Jokhio’s friend Imran Jhokhio shared a post on Facebook.

In a video, roughly two years old, supplemented with images of the deceased was shared by the journalist in Karachi, Saami Memon, on Facebook but he, later on, removed the post from Facebook.

Saleem Jokhio was depicted as dead in the video due to his striking resemblance with the deceased identified as Ahmed Ali.

In a video, emerged on social media Saleem Jokhio, revealed that he was doing the job with the local government in Sindh since 1993, tells Bilawal about alleged corrupt practices of his ministers Agha Siraj Durrani, Sharjeel Memon, Syed Nasir Shah and one Jafar Khawaja.

Jokhio claims in the video that “Nasir Shah is so notorious for taking bribe that he can come out of washroom wearing towel for taking the bribe.”

Speaking about the alleged corruption for transfers and postings, he tells Bilawal that as much as Rs5 million for posting and Rs3 million per month were taken for a posting or transfer.

In the video, he claimed to have a complete record of Aga Siraj Durrani, including cheques and pay orders. In addition, he claimed, Jafer Khawaja kidnapped him and he lodged an FIR against him, adding that Khawaja was the front man for Sharjeel Memon.

In addition, he asks Bilawal to inquire how fire erupted at Durrani’s Italian-tile featuring villa in Garhi Yasin and turned millions of dollars into ashes.