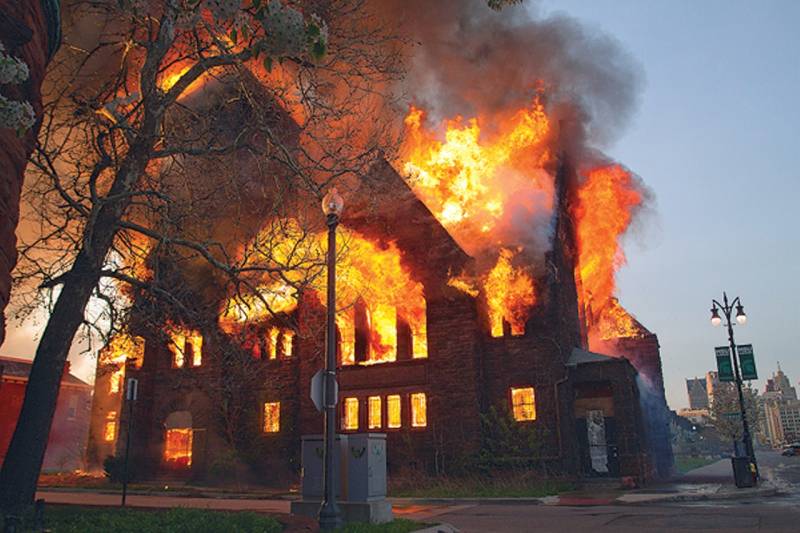 BRITISH COLUMBIA – Two different Catholic churches in British Columbia were destroyed by overnight fires on Monday as law enforcers are treating both incidents as suspicious.

Reports in international media cited law enforcers they got mixed feelings after a Catholic church burned to the ground in an overnight fire, one of two Catholic churches in the area that were destroyed in blazes that police consider suspicious.

Although too early to conclude arson but we are sensitive to the recent events in Kamloops, the police statement added.

Sacred Heart is one of two churches in the area that were torched by fires early Monday. Sources said that two hours after a patrol officer found it engulfed in flames, a second fire was reported at St. Gregory's Church on the Osoyoos Indian Band reserve lands near Oliver, B.C. 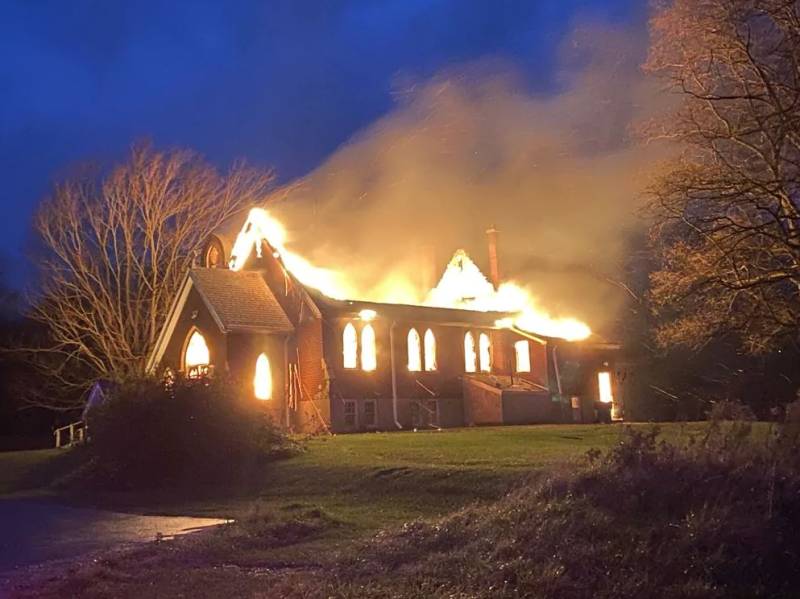 The whole incident garnered international attention as it comes weeks after unmarked graves of 215 children were found in nearby boarding schools that were established up a century ago to forcibly assimilate Canada’s indigenous peoples.

Reports cited that the torched churches built more than 100 years ago located about 40km apart in the western province.

The recent incidents shocked Canadians and renewed calls for top Catholic authorities to apologize for abuses at the schools run by the church on behalf of the federal government.

Earlier, some as young as three years old were found at the site of a former residential school for indigenous children.

Entire Canada was in a state of morning as remains of 215 children, some as young as three years old, were found at the ...

The children were students at the Kamloops Indian Residential School in British Columbia that closed in 1978, according to the Tk'emlúps te Secwepemc Nation, which said the remains were found with the help of a ground-penetrating radar specialist.

The report documented horrific physical abuse, rape, malnutrition and other atrocities suffered by many of the 150,000 children who attended the schools, typically run by Christian churches on behalf of Ottawa from the 1840s to the 1990s.

It found more than 4,100 children died while attending residential school. The deaths of the 215 children buried in the grounds of what was once Canada's largest residential school are believed to not have been included in that figure and appear to have been undocumented until the discovery.

Trudeau wrote in a tweet that the news "breaks my heart - it is a painful reminder of that dark and shameful chapter of our country's history."

In 2008, the Canadian government formally apologized for the system. The Tk'emlúps te Secwepemc Nation said it was engaging with the coroner and reaching out to the home communities whose children attended the school. They expect to have preliminary findings by mid-June.