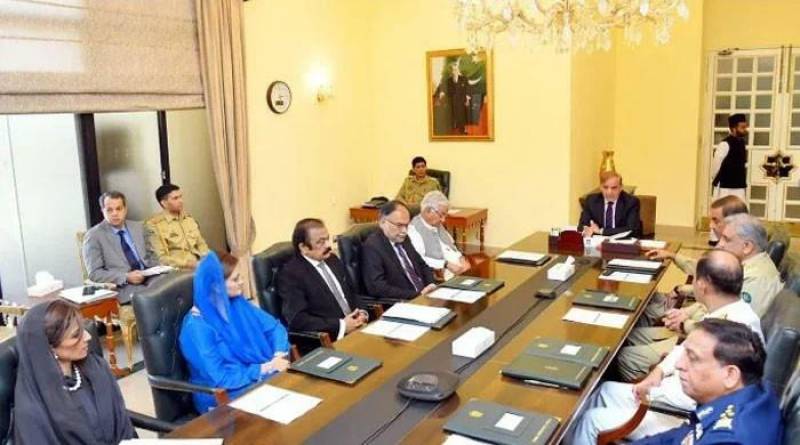 ISLAMABAD – Top civilian and military leaders in Pakistan have discussed ongoing talks with the outlawed TTP which are facilitated by the Afghan authorities.

An in-camera meeting of the National Security Committee was held in Islamabad led by Prime Minister Shehbaz Sharif on Wednesday. The meeting was also attended by federal ministers, the Chairman Joint Chiefs of Staff Committee (CJCSC) and Services Chiefs.

During the meeting, top leaders exchanged views on the situation along the Pakistan-Afghanistan border along with internal and external security threats faced by it and steps taken by relevant security institutions to deal with them.

Officials were also briefed about the backgrounds in which talks with the banned outfit started. It was reported that a committee comprising civil and military representatives is negotiating within the framework of the Constitution.

It mentioned taking the final decision with the approval of the Parliament while political leadership expressed satisfaction over the strategy and progress made in this regard so far.

KABUL – The Pakistani government and the outlawed TTP have reached an agreement on an ‘indefinite’ ...

Interior Minister Rana Sanaullah, who was flanked by Minister for Information and Broadcasting Marriyum Aurangzeb, later revealed that the premier will take the parliamentarians into confidence in an in-camera session of the parliament.

Sanaullah continued that talks with the terror outfit will be held within the constitutional ambit, stressing that peace will be ensured at all costs.

KABUL – Pakistani tribal elders have arrived in the Afghan capital as peace efforts between the Pakistani ...