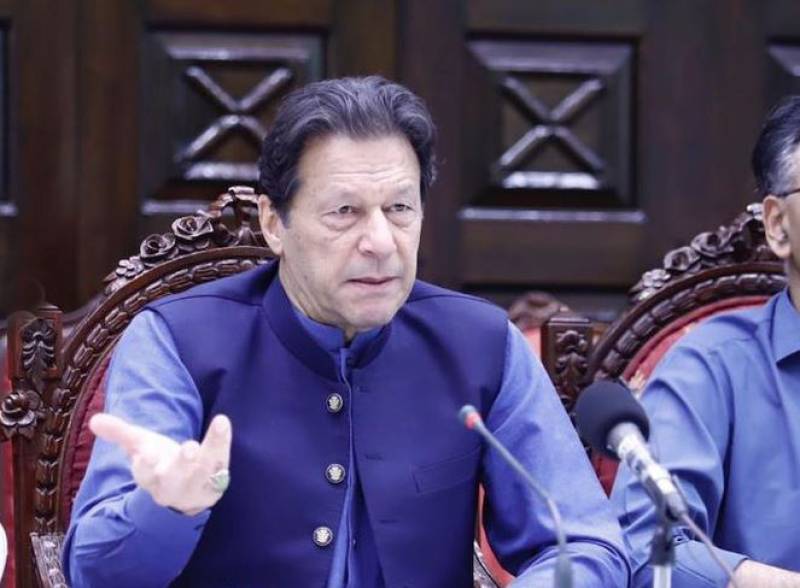 ISLAMABAD – Ousted prime minister Imran Khan on Wednesday dispelled the impression that he wanted to appoint Lieutenant General Faiz Hameed as the next chief of the Pakistan Army.

He denied that he wanted to appoint an army chief of his choice.

“God knows I was never concerned about the next army chief,” Khan said at a seminar titled “Regime Change Conspiracy and Pakistan's Destabilization” in the federal capital.

The chairman of the Pakistan Tehreek-i-Insaf (PTI) said he always believed in and practiced meritocracy.

“We had decided to appoint the next COAS on merit,” he said, adding that his political opponents — leaders of the PML-N and PPP — were afraid that if I decided to bring Lt General Faiz Hameed in as the next chief of army staff, they would have no political future.

Rejecting the claim of PML-N minister Khurram Dastgir, Imran Khan said he never planned to appoint Lt Gen Faiz Hameed for personal interests, reiterating that he never violated merit in sports or even in mega ventures like Shaukat Khanam Hospital.

He however accused deposed PM Nawaz Sharif of trying to control the institution by appointing an army chief of his choice and protect his corruption.

Imran said he was aware of the nexus between Nawaz Sharif and Asif Ali Zardari, adding that they flocked together because they had the common interests.

The Pakistan Tehreek-e-Insaf (PTI) chief also blamed the US administration for the regime change in the South Asian country, saying they jumped in to protect their own interests.

Khan said the agenda of the Biden government was to get the Pakistani airbases. Recalling previous events, he said that Pakistanis do not want to be used like a tissue paper this time.

The ousted premier however mentioned not being anti-American, saying he wanted to have good relations with Washington.

He continued that Pakistan was in a decisive phase and people would have to choose between independence and slavery.