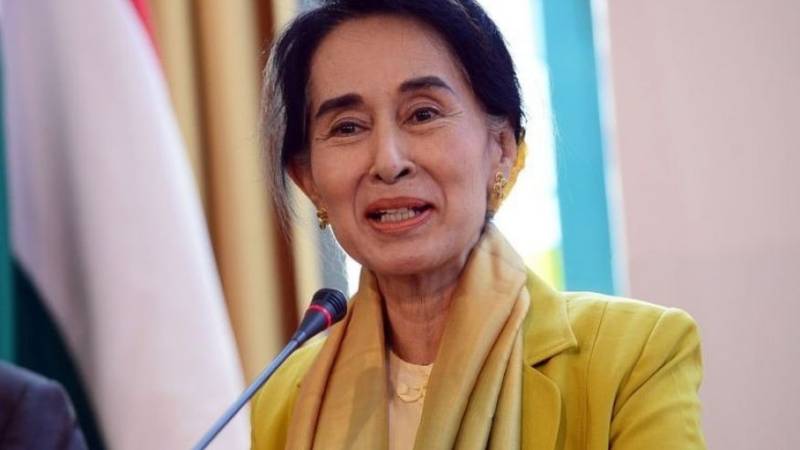 NAYPYITAW (Web Desk) - Aung San Suu Kyi, whose party won historic elections in Myanmar, is to take a place in the new cabinet.

Suu Kyi is barred from the presidency herself and had been widely expected not to take a ministry. But her name was on a list of 18 submitted to parliament by President-elect Htin Kyaw.

She will head up foreign affairs, energy, education and be minister in the president's office, the BBc reported on Tuesday. There are no other women appointed to the cabinet.

Despite weeks of negotiation, the NLD was unable to persuade the military to remove or suspend the clause.

Aung San Suu Kyi had already made it clear that whatever her title she was going to run the new government.

She could have done that just by becoming minister in the president's office, sitting next to her friend and proxy Htin Kyaw and telling him what to do. But that clearly wasn't enough. 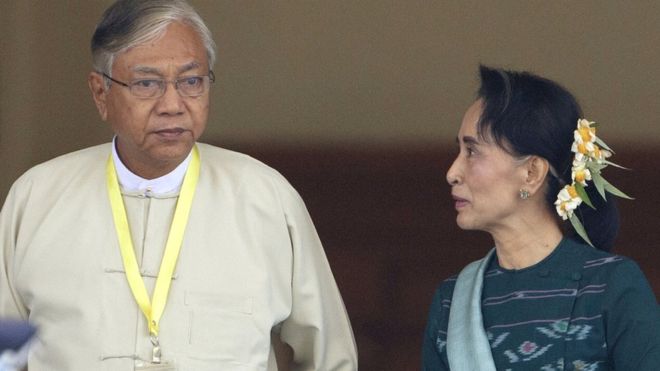 Suu Kyi has had four and a half months to reflect on who should steer one of her biggest priorities, education reform.

She's also had time to consider who should oversee the vital energy portfolio, and who should represent a resurgent Myanmar, also known as Burma, at summits abroad. And after all that time the answer was staring back from the mirror.

Aung San Suu Kyi decided that there could be no-one else, and that she would have to directly run three of the most time-consuming ministries.

Fifteen of the names on the ministerial list were chosen by Ms Suu Kyi, a Nobel laureate and former political prisoner, and three by the commander-in-chief of the army.

Parliament is expected to vote later in the week to confirm the posts.

The NLD has a huge majority in both houses of parliament, although the military automatically occupies 25% of seats.

If she does become foreign minister, under the complex political structure Ms Suu Kyi will have to stand down as an MP and refrain from all NLD activities.