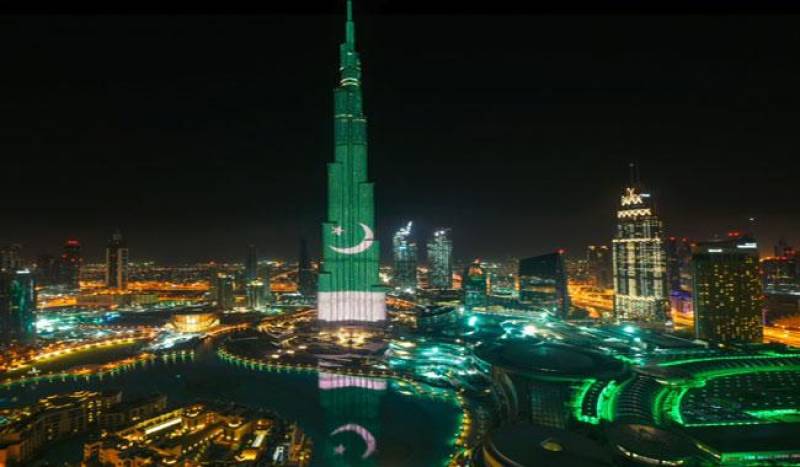 DUABI - Burj Al Khalifa, the tallest and most famous skyscraper in the world, will light up with the colours of the Pakistani national flag on Friday evening to celebrate the country's 78th Resolution Day.

The ADNOC building in Abu Dhabi will also showcase the Pakistani flag.

The event will take place at 7pm.

DUBAI - Burj Khalifa, the tallest skyscraper in the world, lit up with the colours of the Pakistani flag on Sunday ...

Last year, a spectacular LED illumination of Pakistan National flag on Burj Al Khalifa mesmerized people when they gathered there to watch it in the night.

With a population of over 1.2 million, Pakistanis are the second largest national group in the UAE after Indians, constituting 12.5% of the country's total population. They are the third largest overseas Pakistani community, behind the Pakistani diaspora in Saudi Arabia and the United Kingdom.