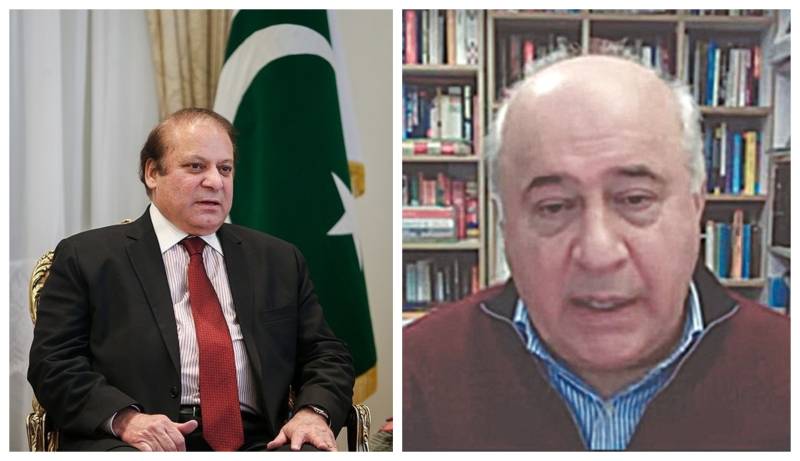 LONDON – Kaveh Moussavi, head of the UK-based asset recovery firm Broadsheet, has appologised to former prime minister Nawaz Sharif, saying no evidence of corruption was found against the Pakistani politician and his family during forensic investigation.

He also regretted for being part of a witch hunt” that has been running in the name of accountability for years, according to Geo News.

Broadsheet LLC was hired by Pakistan more than two decades ago to trace assets belonging to former prime minister Nawaz Sharif and his family members, as well as several other politicians, including Asif Ali Zardari.

Pakistan broke the contract off early, in violation of the agreement it had signed, and the case has so far cost Pakistan nearly $65 million in legal fees and awards after Kaveh Moussavi took up the matter before sole arbitrator Sir Anthony Evans QC under the rules of the Chartered Institute of Arbitrators.

In a startling interview with the news channel, Moussavi categorically stated that no evidence of corruption or stolen wealth were found during Broadsheet’s forensic probe.

“Not one rupee. We found a lot of plundered wealth but not one rupee relating to Mr Nawaz Sharif, the former prime minister, or any member of his family. Not one rupee, I can categorically say that after virtually 21 years of investigations. If anybody tells you otherwise, they are lying to you,” Geo quoted him as saying.

He added that the National Accountability Bureau (NAB) had made corruption against Nawaz Sharif on political grounds, saying he was apologising to the former premier for his role in it.

Moussavi said: “I have no hesitation in issuing an apology to the former prime minister Nawaz Sharif for having been a part to the sham, the scandalous non-sense masquerading as NAB. It’s a fraud through and through.”

He also lashed out at NAB for running the campaign against Nawaz Sharif, stating: “There is not a scintilla of evidence that former prime minister Nawaz sharif was corrupt” and “I unhesitatingly tell the people of Pakistan that NAB is nothing other than a racket and it has no interest in fighting corruption. It’s there as a machine of witch-hunt against opponents of powers whoever that be at one particular time, ” Geo News reported.

In February 2021, Broadsheet paid around Rs4.5 million to the Sharif family in a lawsuit related to Avenfield apartments.

Broadsheet made a payment of £20,000 to the Sharif family as a legal cost after it withdrew a petition from the English High Court for seizure and sale of four Avenfield Apartments in the Broadsheet vs Pakistan/National Accountability Bureau (NAB) case.